Home > About Massey > News > Migration with dignity for the climate-affected

Migration with dignity for the climate-affected 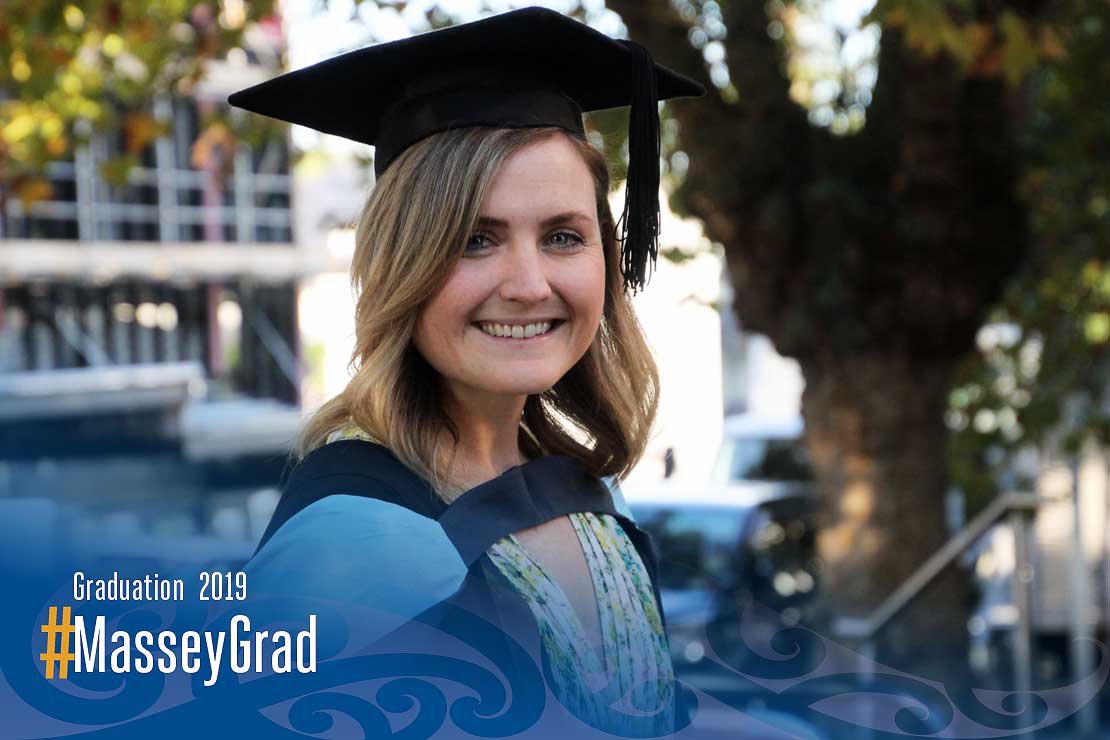 Seeing a documentary about how climate change is disrupting lives in the Pacific prompted Development Studies student Hayley Morrison to find out more. Her Master’s research explores the link between climate change and migration.

Ms Morrison, who was capped with a Master’s in International Development (with Distinction) at Massey University’s College of Humanities and Social Sciences’ graduation ceremony in April, focussed her research on a nursing training scheme for young I-Kiribati migrants in Australia as a case study for ‘Migration With Dignity’. The term was coined by former president of the Republic of Kiribati, Anote Tong. His policy was in response to negative, alarmist narratives that positioned I-Kiribati people primarily as victims of climate change, she says.

While the threat of climate change is real for the estimated 110,000 people of Kiribati, (the tiny Micronesian country comprised of 32 low-lying atolls, reef and coral islands is at risk of becoming uninhabitable by 2050), Hayley was interested in narratives that offer hope, and opportunities to build resilience. The Kiribati-Australia Nursing Initiative (KANI) – piloted with the support of AusAid from 2006 to 2014 – is considered a model of ‘Migration With Dignity’, she says. But little was known about how the concept is understood by l-Kiribati, and how it has been experienced by KANI participants.

Her research showed that KANI represents an “aspirational” model of a pathway to skilled employment and security if migration is a viable, or the only, option. Its strengths are that it benefits both the migrant and the host country, she says. While there is currently no official category for climate refugees, Ms Morrison says a number of nations in Pacific and elsewhere are already affected by climate change  and steps need to be taken to address the impact on human lives. 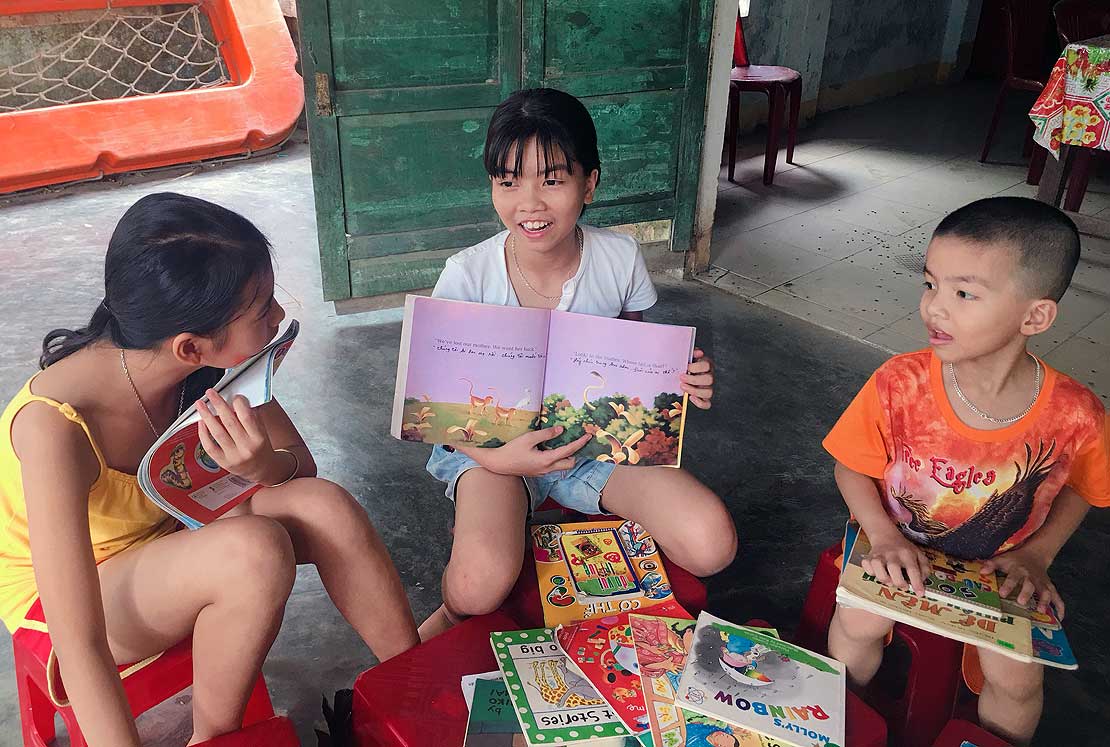 Young readers in the Vietnamese village of Vy Da, where the Motorbike Book Club gets books to those with few resources.

Her interest in development issues extends beyond the academic. As well as working full-time for The Fred Hollows Foundation as a resource mobilisation coordinator while doing her Master’s by distance, she managed a charitable trust to promote literacy in Vietnam. The Motorbike Book Club – which she and her sister set up three years ago – gets bilingual books in Vietnamese and English delivered by motorbike to youngsters in two of Vietnam’s poorest villages.

Three years on, the project is well-established and managed by a local facilitator, while Hayley and her sister raise funds, and source suitable books, activities and games which they send over.

In the villages, Vy Da and Thuy Phu, where Motorbike Book Club has been operating, families of up to seven live on small boats, she says. “Few adults have completed high school, and while they are able to read words, they must read very slowly. Children face huge difficulties in gaining a quality education.”

“While many are comfortable with reading, very few of the children own books of their own. When children leave school they may travel to Ho Chi Minh City to seek jobs to help provide extra income for their families. Other issues the villages face are a lack of sufficient toilets and inadequate healthcare.”

Because of a lack of child-friendly books, the sisters source suitable books and get them translated into Vietnamese by hand. They’ve also developed creative activity materials and worksheets to complement the reading. Their aim is to not just loan books, but to cultivate creativity through literacy and to inspire children to dream big about their futures, she says.

Discovering the academic field of Development Studies while doing her Bachelor of Arts (majoring in history) was life-changing, Ms Morrison says. She did a Diploma in Business Studies while completing her BA and a postgraduate diploma in International Development before starting her master’s research.

For more information about the Motorbike Book Club: https://www.facebook.com/motorbikebookclub/

What voters across political spectrum agree on…