Home > About Massey > News > OPINION: One Dimensional Education is Not Enough

OPINION: One Dimensional Education is Not Enough 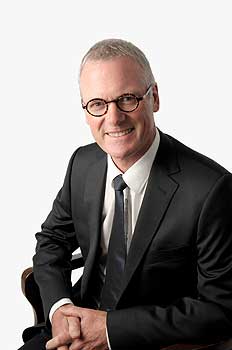 As the Minister of Education responsible for the introduction of national curriculum, I was very interested to read the article by Associate Professor Elizabeth Rata published in the Weekend Herald on Saturday September 7th.

The article argued that today’s students are being shortchanged by the disappearance of knowledge from the curriculum in favour of skills, competencies and values.  This is of concern, argues Associate Professor Rata, because it is through the hard work of acquiring knowledge that students learn what they will need to succeed in life.

I have no doubt that this argument will have struck a chord with many people who are concerned about the state of our public education system. Wanting an explanation for all that appears to ail our schools they will now be able to say “Ah, so it is because students can’t tell their Shakespeare from their Bourdieu that we have a problem”.  The cure is to get them involved in learning the world’s accumulated stock of knowledge and things will improve.

If these comments appear to be in any way disapproving of what Associate Professor Rata had to say, let me quickly note that I think she has a point. In my current role of Vice-Chancellor of a university I want all of our students to graduate having learned as much as possible of that accumulated stock of knowledge. As an academic sociologist in the 1970s and 80s, ensuring that my students studied content was a priority. How could they possibly advance sociological knowledge if they did not first have a clear understanding of what their predecessors had already discovered?

Indeed, I was fond of telling the perhaps mythical story of the bright mathematics student who disdained going to class in favour of trying to crack one of the world’s most difficult mathematical problems. He worked out the solution and proudly presenting his work to his lecturer only to be told that, had he read the text, he would have known that the problem had been solved.

I am, however, troubled by one key aspect of Associate Professor Rata’s article:  it takes a one dimensional approach to what might be wrong or right with our education system. If we are to build an education system fit for the 21st century a comprehensive approach needs to be taken. We live in new times which means that young New Zealanders will experience a very different world to that of their predecessors. In these circumstances it would be wrong to assume that we are serving their interests by arguing that education is all about learning the accumulated knowledge of previous societies. As important as this knowledge is to a sound education it is but one element.

Like so many before her, Associate Professor Rata has seized on one thing that might be wrong with our system. This forces an unproductive debate between those who agree with her emphasis on content and those who will undoubtedly want to push the case for competencies.

We have been here too often before. The family background is to blame. No it is the failure of teachers. Maybe it is assessment system. Or perhaps it is the lack of content. Focusing on one element of education system has not allowed us to respond properly to the challenge of building a 21st century learning environment for students.

By the way, the national curriculum does not ignore content. It clearly identifies learning areas and outcomes. Outcomes that cannot be achieved without content being taught. This is why the curriculum document was intended to be supported by the production of a wide range of materials covering the content students could learn.

The curriculum does not dictate what content teachers should ask students to learn because it was intended that well trained, well paid, professional teachers would be making decisions about how best to engage their students. It might be, for example, that a student on the West Coast would study coal while their counterpart in Thames might study gold on their way to understanding the role of mining in the economy. The outcome would be the same while the pathway would be tailored to the learner.

To get the best from the curriculum, assessment methods known as “formative” were being developed. The intention was to ensure that students had regular access to feedback that would improve their learning as opposed to the traditional “summative” methods which ranked students once the learning had supposedly taken place.

A radical curriculum, effective teaching, formative assessment and engagement with the community adds up to a formidable agenda for change. A supportive environment is, therefore, essential. The physical layout of schools has to change to allow for a more active style of learning and more engagement with the outside world. Information technology should ensure unfettered access to content while supporting anywhere, anytime opportunities to learn. The organisation of the school day should be flexible rather than broken up into rigid blocks of time. Out of school support services should be available to ensure problems, like violence, are able to be dealt with effectively.

When this package of policies was released they were referred to as personalising learning. This should not be confused with individualising learning. The process of learning is always social and requires the kind of environment provided by all of the points above being taken together. The outcome was to be an environment that encouraged active learners to go as far as their talents would take them.

It is a tragedy that in the few years since these policies were outlined our education system has once again been captured by a simplistic one dimensional debate.  Instead of asking ourselves what a 21st century education system should be like we are back to arguing (Novopay permitting) about single policies like Charter Schools or National Standards.

Associate Professor Rata risks taking us down the same pathway. But now it is content that we should focus on. She is absolutely right to stress the need for content but not in isolation from what else is important for good learning. There is no either/or here. We need to advance on many fronts at once. In today’s world, learners need to know content and what to do with that content. More, they need to know how to produce their own content. We are equipping young New Zealanders for a world that is impossible to predict. To use the old cliché, change is the only constant. If they are to succeed in life they will need every tool we can give them. As Associate Professor Rata argues they must have access to all that our societies have already learned but as they enter the uncharted territory of the 21st century this will not be enough.

What is missing is leadership. New Zealand is blessed with an outstanding educational system. Everywhere there are examples of teachers, students and communities who are building on this legacy to ensure they are ready for the 21st century.  Our problem is that they are often doing this against the backdrop of misguided arguments and unsupportive policies. If we could all get onto the same page the educational revolution we need could get underway in earnest.

Smart Grass: Kick-starting our economy by adding value to what we do best