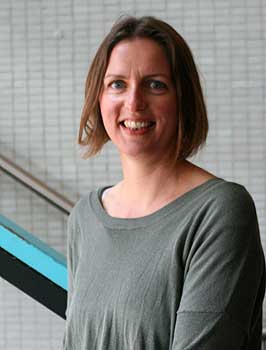 Massey researchers will investigate if children and adolescents who use mobile phones are at a greater risk of brain cancer.

A group headed by Dr Andrea ‘t Mannetje from the Centre for Public Health Research has been awarded $466,148 from the Health Research Council annual funding round for New Zealand-based research as part of a multinational MOBI-KIDS study.

It is a case-control study of mobile phone use and the risk of brain cancer in 10-24 year-olds in 15 countries.

Younger generations increasingly use mobile phones and are exposed to radiofrequency electromagnetic fields from an early age, and the research will elucidate the link between mobile phone use and the risk of brain cancer.

The children, adolescents and their caregivers will be interviewed using a questionnaire on mobile phone use and a range of environmental risk factors, which could include pesticide exposure, medication and lifestyle factors such as smoking.

“There has not been a brain cancer study in this age-range. It’s a unique opportunity to look at a range of risk factors,” Dr ‘t Mannetje says, as previously studies had primarily included only adults.

“If there is a link between mobile phones and brain cancer we will be able to detect it because the study is so large.”

MOBI-KIDS is the largest childhood/adolescence brain cancer study to date with 2200 cases and 4400 controls from the 15 countries, including Australia, Austria, Canada, France, Germany, Greece, India, Israel, Italy, Japan, Korea, Spain, Taiwan, The Netherlands and now New Zealand, and results will be collated worldwide.

Brain cancer is the second most common childhood cancer after leukaemia. The study is also co-funded by Cure Kids.