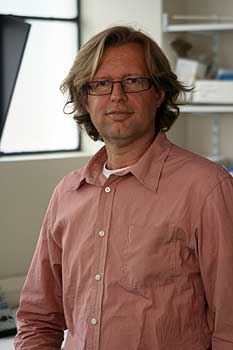 Massey researchers will investigate health issues ranging from whether mobile phones raise the risk of brain cancer in children to the possibility that unpasteurised milk provides protection from asthma and allergies, after receiving $3.8 million in government funding.

Four projects from the University's School of Public Health and an emerging researcher from the School of Engineering and Advanced Technology have been backed by Health Research Council's annual funding round.

School of Public Health head Associate Professor Cindy Kiro says the funding, which is up from $3.1 million last year, is hugely significant because the research can only be conducted with external funding. She says it also demonstrates the international standing of the researchers.

“We are immensely proud of the contribution they make, not just to New Zealand but to the international disciplines they represent, in areas as diverse as alcohol policy, allergies and asthma, Maori health and housing and mobile phones and brain cancer in children,” Dr Kiro says.

A group led by Professor Jeroen Douwes, head of the Centre for Public Health Research on the Wellington campus, received $1.2 million to assess whether raw milk is associated with a lower prevalence of allergies and asthma and improved lung function. One in four New Zealand children have asthma, and it is the most common cause of childhood hospital admissions. Studies in farmers’ children have indicated raw milk may protect against allergies and asthma, but the reasons are unclear.

The three-year study will begin in July and involve a survey of 300 non-farming families who regularly drink raw milk, and 150 families who have never consumed unpasteurised milk. All families will come from urban areas mainly in the Wellington and Auckland regions, and a subset will undergo tests with results compared. Professor Douwes says the “natural experiment” will assess if raw milk is associated with a lower risk of allergies and asthma in a general population. It will also be a key step towards identifying the anti-allergic components within raw milk, and has the potential to lead to effective interventions for allergies and asthma.

A study of alcohol policy interventions in New Zealand, led by Professor Sally Casswell, director of the Centre for Social and Health Outcomes Research and Evaluation, in Auckland, received $1.2m.

Dr Andrea ‘t Mannetje, also from the Centre of Public Health Research in Wellington, will lead a group researching the risk factors for brain cancer in children and adolescents. The group received $466,148 for Zealand-based research as part of a multinational MOBI-KIDS study of mobile phone use and the risk of brain cancer. The study will interview 63 New Zealand children and adolescents aged 10-24 diagnosed with brain cancer, and 126 others in the same age group who do not have brain cancer, over a 2½ year period. The children, adolescents and their caregivers will be interviewed using a questionnaire on mobile phone use and a range of environmental risk factors. The New Zealand results collated with research from the 14 other countries to identify risk factors.

A project led by Professor Chris Cunningham, director of the Research Centre for Mäori Health and Development, also in Wellington, was awarded $787,000 to study injury hazards in Mäori homes.

Mikael Boulic, from the School of Engineering and Advanced Technology in Manawatü, received a $150,000 emerging researcher grant to trial low-cost solar ventilation systems in classrooms in 10 low-decile schools. He says most schools depend on open windows for ventilation, which stay closed in winter, forcing children to breathe in pathogens and pollutants. The study will test the air in the classrooms and take swabs from students, record coughing and sneezing and monitor absenteeism. Mr Boulic expects that increased ventilation will lead to a healthier classroom environment as pathogen levels and respiratory infections will be reduced.

Details of all the projects funded this year are here.