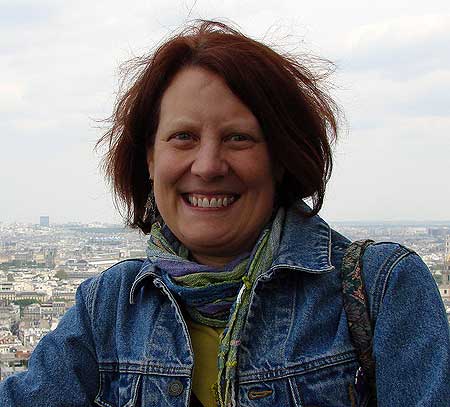 Recent developments will put Prime Minister John Key under increasing pressure to make decisions concerning the country’s level of commitment to the anti-ISIS coalition and counterterrorism laws that could shape New Zealand, its society, and its role in the international system for years to come.

The strategic issues are complex. It is crucial that they be deliberated carefully and free from political hyperbole.

Turkey’s abstention from the campaign against ISIS, while understandable given its complex challenges around refugees and its restive Kurdish minority, could undermine support for its Security Council bid.

This improves New Zealand’s chances of winning the seat. In that role, New Zealand will have to take a strong, principled, and consistent stand on the anti-ISIS coalition and global measures to counter foreign fighters and those who recruit them.

As concerns ISIS, what is New Zealand’s security calculus? New Zealand is a small nation geographically and economically remote from the Middle East crisis. Unlike European members of the US-led coalition, New Zealand is not dependent on Middle Eastern oil. Unlike the United States, New Zealand’s Middle East policy is not hampered by alliances and security guarantees to Israel. In fact, New Zealand has a well-established reputation of balance concerning the Israel-Palestine conflict that positions it to play the role of honest broker in this regard, particularly if it wins the Security Council seat.

While New Zealand did participate in the post-9/11 “coalition of the willing” in Afghanistan and Iraq, it also has a reputation for refusing to blindly follow the lead of the United States. In the post-Afghanistan era, New Zealand has signaled a determination not to get drawn in to long-term, open-ended commitments without clear strategic goals and exit strategies.

The US-led campaign against ISIS has all the hallmarks of a quagmire: a highly-motivated and committed opponent, varying levels of commitment from extra-regional allies, limited capability among regional allies, and no clear local allies capable of capitalizing on airstrikes by defeating ISIS on the ground and securing the territory it now controls.

Even if New Zealand does not win the Security Council seat, two central tenets of New Zealand’s National Security System make it unlikely that it can comfortably sit this one out. First, New Zealand is committed to “contributing to the development of a rules-based international system, and engaging in targeted interventions offshore to protect New Zealand’s interests.”  Second, New Zealand defines “maintaining democratic institutions and national values” and “preventing activities aimed at undermining or overturning government institutions, principles and values that underpin New Zealand society” as essential for to New Zealand’s security.

ISIS is the embodiment of an existential threat to the development of a rules-based international system. Even if you disagree with the pro-democracy US/Western agenda that has destabilized the Middle East and created fertile ground for ISIS, it is impossible to argue that allowing a brutal, well-financed, and well-armed insurgent movement with no legitimacy beyond the messianic pretentions of its leaders to flaunt international law and challenge national sovereignty is anything but a disastrous blow to any hope of building and sustaining a rules-based international system.

For this reason alone, New Zealand must play a role, but that role is not necessarily military. Perhaps the greatest contribution New Zealand’s leaders can play is to press the anti-ISIS coalition leaders to develop and commit to clear and realistic long-term strategic goals. This can help ensure that the defeat of ISIS does not create yet another governance vacuum that will give rise to yet another ambitious pretender to regional power who is likely to be equally unconstrained by the niceties of international law and human rights.

Counterterrorism raids in Australia have already raised concerns about the risk of similar homegrown extremism in New Zealand and whether we are pulling our weight in the international effort to counter violent extremism. Wednesday’s passage of a legally-binding United Nations Security Council Resolution requiring member nations to take steps to criminalize traveling to participate in terrorism and foreign conflicts or inciting others to do so will turn the spotlight on New Zealand’s role in counterterrorism activities, particularly within the Five Eyes intelligence community.

It is tempting to conclude that keeping New Zealand out of the anti-ISIS coalition will protect New Zealand from becoming a target of terrorist reprisals. But New Zealand is in a position to play a much more positive and influential role by standing as an example of how a democratic nation can – through a combination of vigilance and careful stewardship of the trust between government, law enforcement, and society –  keep its society peaceful and its population safe and resilient without sacrificing its commitment to a rules-based international system or undermining the civil liberties and democratic values of freedom and fairness that define New Zealand.

Professor Caroline Ziemke is the Director of the Centre for Defence and Security Studies at Massey University.