A massive amount of high-fives and a huge game of tunnel ball, helped Massey University students break not one, but two world records at the Manawatū campus yesterday.

The world record attempt, a highlight for Orientation Week over the past five years, attracted hordes of mostly first-year students to the University’s oval to take part in the attempts. This year, in a show of carefully coordinated hand-slapping and tunnelling skills, students made a record-breaking start to their university lives.

For the first record attempt, participants had to stand in a line while one person tried to high-five as many hands as possible. The record they were trying to beat was 290 set in San Diego in 2016. Three designated runners were chosen: one Massey guide, one student and one staff member.

The Massey guide and student both fell short of 290, so it was up to Massey sports coordinator Chris Sharrock, who was able to surpass the magic number, exceeding it by 20, for a total of 310 high-fives. Mr Sharrock, who had participated as a student for three years, said the key to succeeding was being left-handed and learning from the other runner’s after their turns.

However, before the record could be confirmed, the judges needed to verify all were good high-fives. The high-fives all needed to connect, with a very low failure rate – just a few missed and the record attempt would have been over. 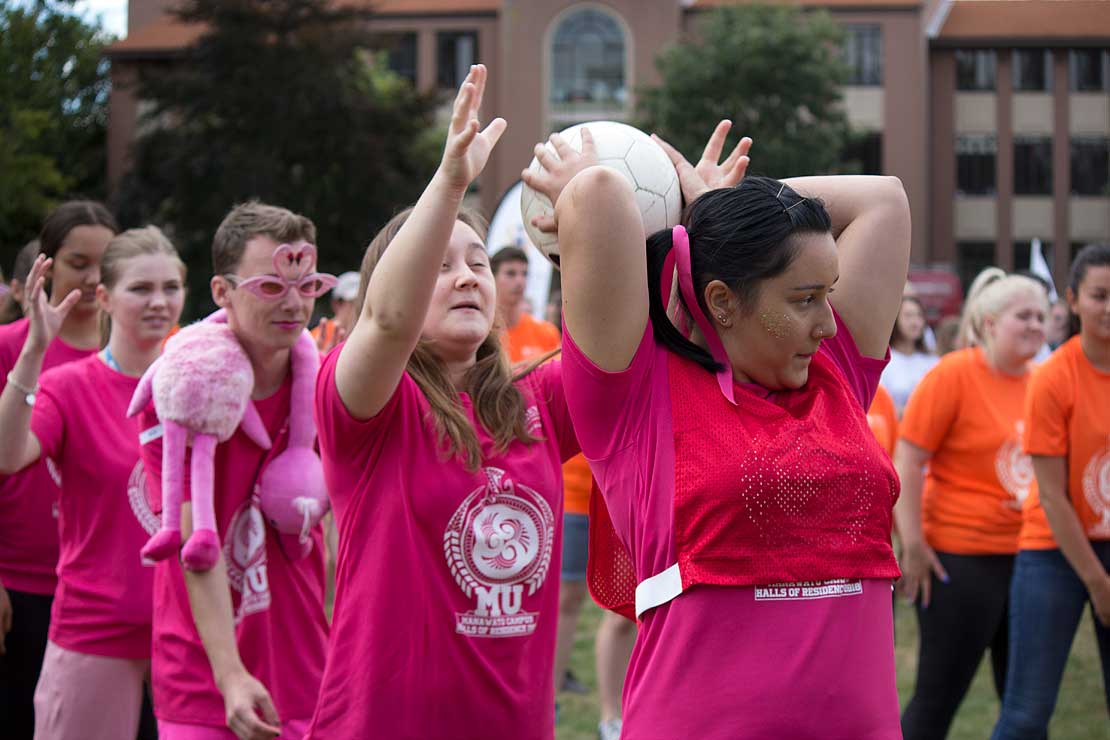 Just moments later, the second world record attempt was all on with MC Andy Whitson whipping the crowd into action.

This attempt was to have the most people participating simultaneously in a game of tunnel ball. It involved lines of 20 students with a ball starting at the front of a line, which is passed from front to back. Alternate people pass over their head, then between their legs to the person behind them. When the ball gets to the end of the line, the person at the back runs to the front and the passing then repeats.

The current world record is 120, achieved by St Columba’s Primary School in Brisbane, in 2008. The Massey students annihilated that number with 450 people. 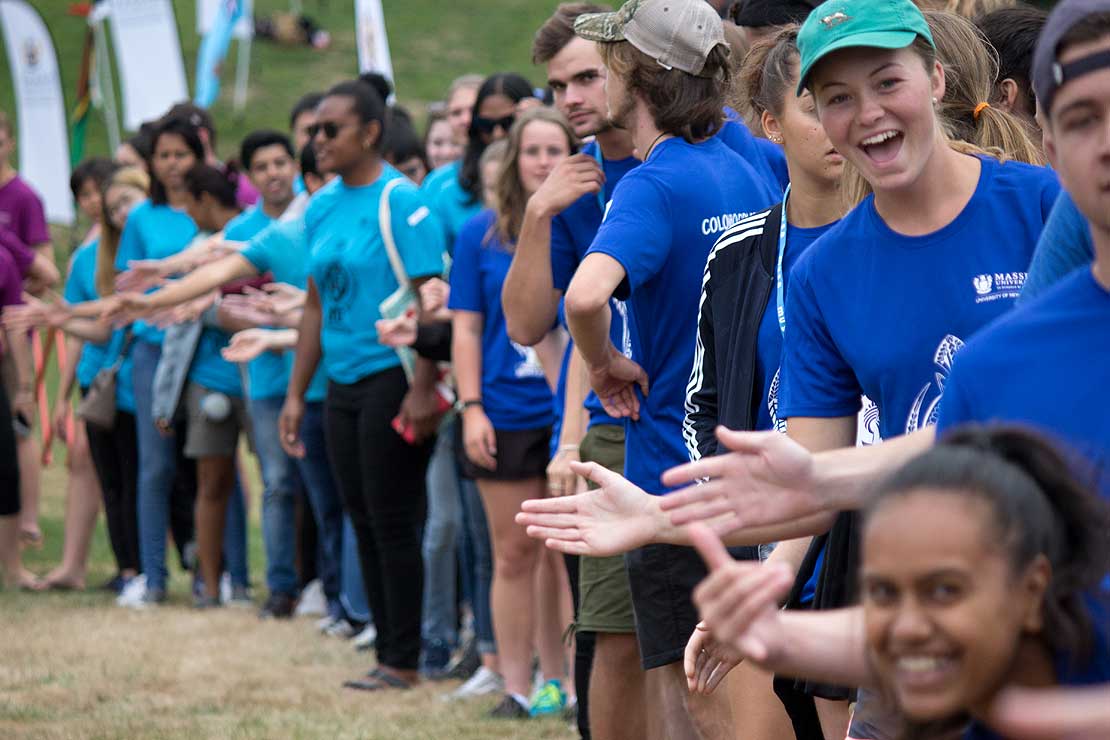 Students waiting for the runner

Starting off on the right foot

The event was monitored and filmed in accordance with world record rules, which call for participants to be counted using an official clicker. Official witnesses Margaret Kouvalis and Palmerston North City Councillor Leonie Hapeta were on hand as well as representatives from Red Frogs, Central Football, Striders and Fonterra, as stewards.

O' Week in the Manawatū has included water sports at the oval, a midweek market, and a dinner on concourse.