Politics of lawn-mowing in the age of climate change 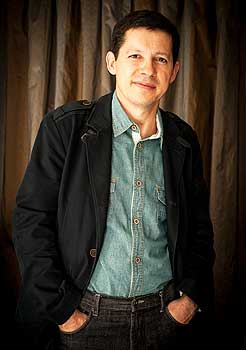 Could the ubiquitous act of mowing the lawn be a symbol of our dysfunctional relationship with nature?

It’s at least a starting point for deeper reflection on the state of the planet, and just one of a range of provocative ideas to be aired by Massey University humanities scholars in a new public series at Takapuna Library, starting tonight.

The series explores an underlying question: do the ways people relate to the natural world in their everyday lives determine how the big challenges of the 21st century will be resolved more than high-level economic and political strategies? It will also run in Palmerston North.

“Humanities scholars have a lot to add to the conversations about the big social issues of today,” says historian and Associate Professor Kerry Taylor, head of the School of Humanities. “Their understandings and views tend to get overlooked in favour of science and economics.”

In this vein, his colleagues want to demonstrate how their disciplines can shed light on understanding what shapes people’s ideas and influences their behaviour in the context of threats to the environment.

The three-part series, titled The Land: Resilience and Co-existence, includes talks by a Spanish linguist, philosophers, and cultural and media studies scholars from Massey’s Auckland and Manawatū campuses. The talks are on May 19 and 26, and June 2, from 6pm to 7.30pm, and June 9, 16 and 23 in Palmerston North, at the same time.

“Our humanities scholars feel a sense of urgency in wanting to highlight how the humanities disciplines can provide critical, ethical thinking and innovative perspectives on causes and solutions to major problems of this epoch – from climate change to the impact of consumerism, dwindling natural resources, population escalation and growing inequality,” Dr Taylor says.

Media studies lecturer Dr Nick Holm, who is co-presenting the second talk, says humanities research is increasingly focused on responding to a changing world. “On a planet where both carbon dioxide levels and extinction rates are soaring, the boundaries between nature and culture no longer seem as clear as they once appeared,” he says.

His focus is the more mundane backyard settings where most people encounter the natural world.

“Lawn-mowing can provide us with a useful model for appreciating the crucial ethical, aesthetic and political stakes of what’s known as the Anthropocene [the geological period in which human activity has been the dominant influence on climate and the environment],” he says.

“Approaching lawn-mowing as a political act – one by which many of us make and remake our most immediate ‘natural’ environment – we can not only make a clear distinction between our idealistic visions and lived material practices, but also envision how we might begin to take responsibility for the possibilities of human agency in the 21st century.”

Media studies lecturer Dr Sy Taffel will discuss, in the same session, whether the term ‘the Anthropocene’ describes only destructive human impacts on nature, or if it could also “foster sustainable, ecologically resilient communities that escape the pursuit of infinite economic growth on a finite planet.”

Lessons on relation with land from Latin America

Dr Leonel Alvarado, senior lecturer at Massey’s Spanish language programme and an award-winning poet, will open the series with a discussion of how different cultures in Latin America have learned to live with the land, and how the arrival of the Spanish – and, later on, of big transnational corporations – brought about issues of land ownership and exploitation.

Food and identity, spirituality and a capitalist perception of the land, indigenous concepts of sustainability and caring for the land will be part of the discussion. He will also join the dots between New Zealand cuisine and a few key Latin American ingredients.

In the final talk, philosophers Dr John Matthewson, Dr Krushil Watene and Dr Vanessa Schouten, all from the Auckland campus at Albany, will explore dilemmas and decisions in the age of climate change.

“It’s clear that we need to act on current and future challenges to the environment,” says Dr Matthewson. “So why does it seem so difficult to do the right thing? For instance, why do nations sign up to climate treaties but keep polluting? How do we balance our obligations to people in the future and those in need right now? What difference can one person possibly make? We will run an interactive discussion exploring these three issues."

EVENT: The Land: Resilience and Co-existence – a three-part humanities series on the relationship between people and the planet exploring how civilisations across and time and geographic location interact with the natural world.