China Premier’s visit – time for NZ to be assertive? 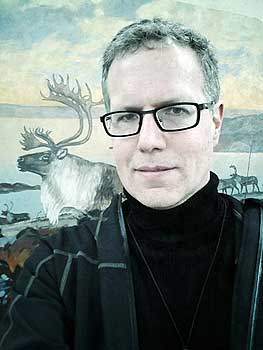 Is it time for New Zealand to be bolder and more assertive as an Asia-Pacific regional power and independent trading partner in dealing with China during an era of shifting power balances, military tensions and the US’s “erratic isolationism”?

A Massey University international relations expert says next week’s visit by China's Premier Li Keqiang is a timely opportunity for New Zealand to build on its longstanding relationship with the Asian superpower.

Dr Lanteigne, a Canadian-born specialist on China and East Asia at the Centre for Defence and Security Studies, says the centrepiece of Premier Li’s visit will very likely be the Sino-New Zealand free trade agreement. “There will be discussions regarding ‘upgrading' the agreement to encompass more sectors and to improve trade in various areas,” he says.

In January of this year, President Xi Jinping gave a watershed speech at the World Economic Forum in Davos, Switzerland, where he warned against the global trend towards protectionism and maintained his support for liberalised trade, Dr Lanteigne says. “In that, Beijing will be seeking greater cooperation with states like Switzerland and New Zealand, which rely heavily on external trade, and wish to see economic globalisation continue and thrive, despite pressures in the United States and Europe towards greater economic nationalism.”

As well as the bilateral agreement, there will also be discussions about the state of regional free trade in the wake of the United States’ withdrawal from the Trans-Pacific Partnership (TPP), he says, noting that New Zealand is in a distinct position of being a member of the TPP as well as the Beijing-based Regional Comprehensive Economic Partnership (RCEP).

“If the TPP is unable to recover, then China will wish to present the RCEP as an alternative, and will need the support of member economies such as New Zealand. However, if the TPP is able to continue even without Washington, China will very much want to see how that organisation develops without American influence, and there is even the possibility that Beijing will seek admission to the TPP, an option which was not possible with the United States as a participant.

North Korea on the agenda

Dr Lanteigne anticipates there may also be talks regarding the security situation in East Asia, including ongoing maritime security disputes as well as the difficult situation with North Korea. He says China is facing increased American pressure to intervene in order to halt or at least slow down Pyongyang’s nuclear and missile testing programmes, and Beijing will likely be seeking the views of other Asia-Pacific states in terms of possible solutions.

“New Zealand is also in the unique position of being able to work directly with China on a South Pacific development project, namely the waterworks refurbishment project in Rarotonga. As China sees the South Pacific as being of growing importance to its foreign and economic policies, New Zealand has many potential insights to give.”

He says New Zealand is in a very distinct position in regards to its relations with China.

“The bilateral relationship has a long history. New Zealand is one of the few countries with a free trade agreement with Beijing, and it has a reputation in China for being both cosmopolitan and independent in its foreign affairs. With this in mind, New Zealand should be more willing to put forward ideas about a wide array of issues, including global trade, regional and international security, and Asia-Pacific cooperation, with China in mind

“Moreover, with the United States entering into a period which so far could be called ‘erratic isolationism’, New Zealand may have to think hard about whether its own foreign policy might have to move even further towards non-alignment, keeping strong relations with the US but also deepening relations not only with China but with other East Asian powers. This will not be an easy debate, but there would be far greater risks in not having that conversation at all.”

He is the author of China and International Institutions: Alternate Paths to Global Power (2005) and Chinese Foreign Policy: An Introduction (2009, 2013, 2015), and the co-editor of The Chinese Party-State in the 21st Century: Adaptation and the Reinvention of Legitimacy (2008) and China’s Evolving Approach to Peacekeeping (London and New York: Routledge, 2012).

He has written numerous chapters and articles on subjects, which include China’s East Asian diplomacy, China and Japan’s regional engagement of the South Pacific, and Beijing’s evolving strategic policies, including peacekeeping, maritime security, free trade and economic security.

More recently, he has researched Chinese interactions with Northern Europe and the Arctic region. In addition to China, he has researched and taught in Copenhagen, Fairbanks, London, New Delhi, New York, Nuuk, Prague, Reykjavík, Seoul, Tokyo, Vancouver, Washington and Zürich. He has given lectures at Chinese universities, including Peking University in Beijing and Tongji University in Shanghai on Chinese and East Asian foreign policy as well as regional non-traditional security issues, including maritime strategy and political economy.