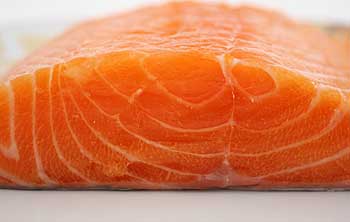 Salmon, a natural source of omega-3 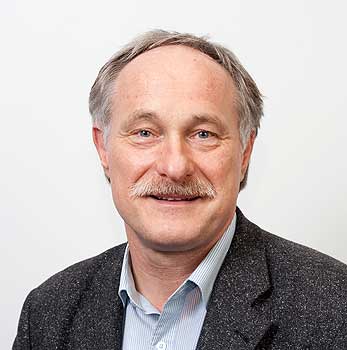 Professor Breier, who leads an international research team, says omega-3s are especially beneficial for health in ageing because they improve carbohydrate and fat metabolism.

His research found a diet high in omega-3 fatty acids helps to burn metabolic fuels (glucose and fat) better, and can regulate energy storage across different tissues. This is despite genetic factors that predispose some people to gain weight more easily, making them potentially more susceptible to conditions such as diabetes and heart disease.

“These findings are important because the ageing process is closely linked with a higher risk of developing metabolic syndrome – a clustering of risk factors for heart disease, diabetes and obesity,” says Professor Breier, Chair of Human Nutrition at the Institute of Food, Nutrition and Human Health at Albany.

He says omega-3 fatty acids have been found to stimulate the process known as the insulin signalling cascade, which improves how blood sugar is used in the body. Researchers from Germany, Australia and New Zealand carried out tests on mice, examining the effects of feeding omega-3 rich diets to two groups with distinct, genetically determined traits to model different body types and metabolic responses of humans.  One group developed obesity more easily and the second was a leaner variety.

When scientists measured changes to the metabolic responses, results showed the omega-3 rich diet reduced cholesterol and improved insulin action and fat metabolism in both groups of mice. However, the obesity prone mice responded less well than the leaner variety, drawing attention to genetically determined pathways that contribute to obesity.

Professor Breier says this study has shown for the first time that the insulin signalling cascade becomes more active with dietary omega-3 fatty acids. “The omega-3 fatty acids in our diet can help how energy in our body is used.”

Thousands of studies have been done on the health benefits of omega-3 fatty acids, with indications it may be beneficial in a range of conditions, from arthritis to heart disease. Professor Breier says this study, published in the journal Nutrition and Metabolism, is the first to provide direct evidence of its role in specific metabolic processes of how blood sugar and fat in our bodies are used.

Omega-3 fatty acids are essential for health but the human body cannot make them, unlike other types of fats. Omega-3s are found in oily fish such as salmon and sardines, as well as walnuts, eggs and flaxseed, and have been shown to help prevent heart disease and stroke as well as playing protective roles for healthy bones and healthy muscle.

The research findings coincide with a recent report from the Ministry of Health’s 2008-2009 diet and nutrition survey, which shows the obesity epidemic in New Zealand has surged in recent years. It reveals 28 per cent of men are obese, compared with 17 per cent at the time of the last survey in 1997. For women, the rate had increased from 21 per cent to 28 per cent. Among Måori, the survey found that 40.7 per cent of men and 48.1 per cent of women were obese.

Professor Breier says the statistics are alarming, and reinforce the need for strong public health programmes to encourage people to eat healthier food and get more exercise to prevent obesity, diabetes and heart disease.