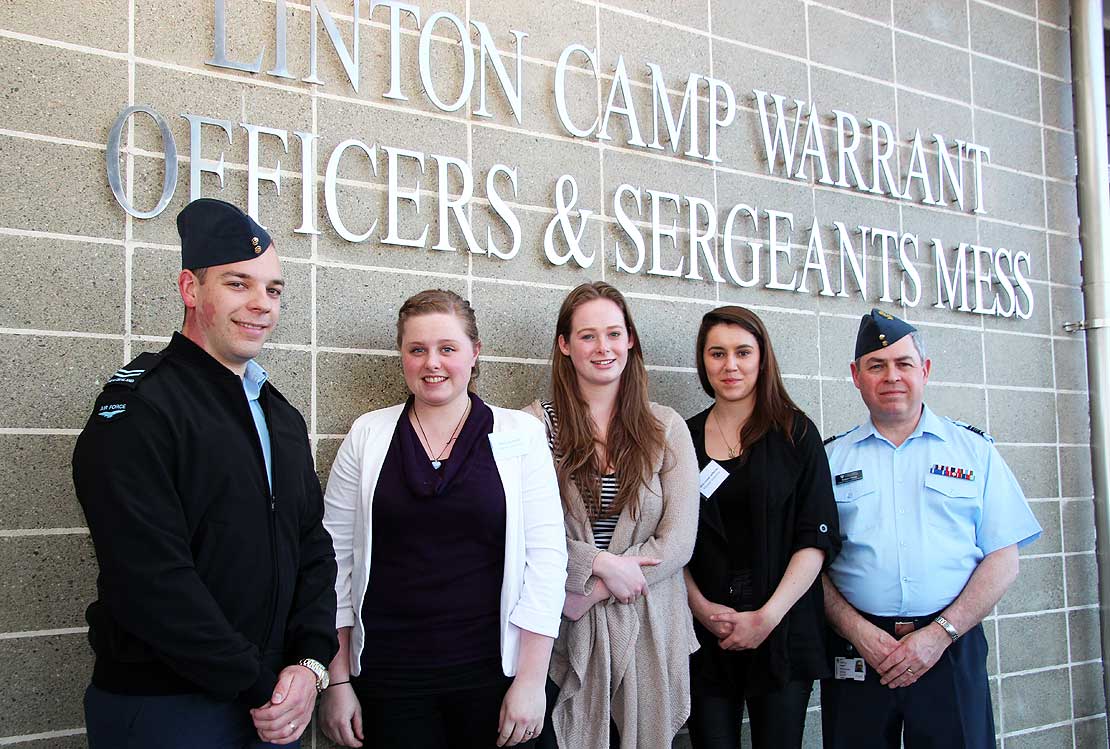 Weapons, tactical training and physical fitness are all part of the preparation to serve in war zones. Learning about other languages and cultures is also critical for modern armed forces, says a top New Zealand Defence Force officer, speaking at a symposium on Irregular Warfare recently.

The one-day event, organised jointly by Massey University’s Centre for Defence and Security Studies and the New Zealand Army, drew together academics, students and Defence personnel at Linton Military Camp to hear about and discuss a range of issues relating to modern conflict.

Conflict where one or both combatants can be defined as ‘irregular’ rather than ‘regular’ or conventional armed forces. It is also termed ‘guerrilla’ or ‘asymmetric’ warfare.

Squadron Leader Robert Nash, a teaching fellow from the RNZAF based at Massey’s Centre for Defence and Security Studies, coordinates a paper on irregular warfare and, with the support of Kristy Hill from the Army’s Adaptive Warfighting Centre, organised the symposium. 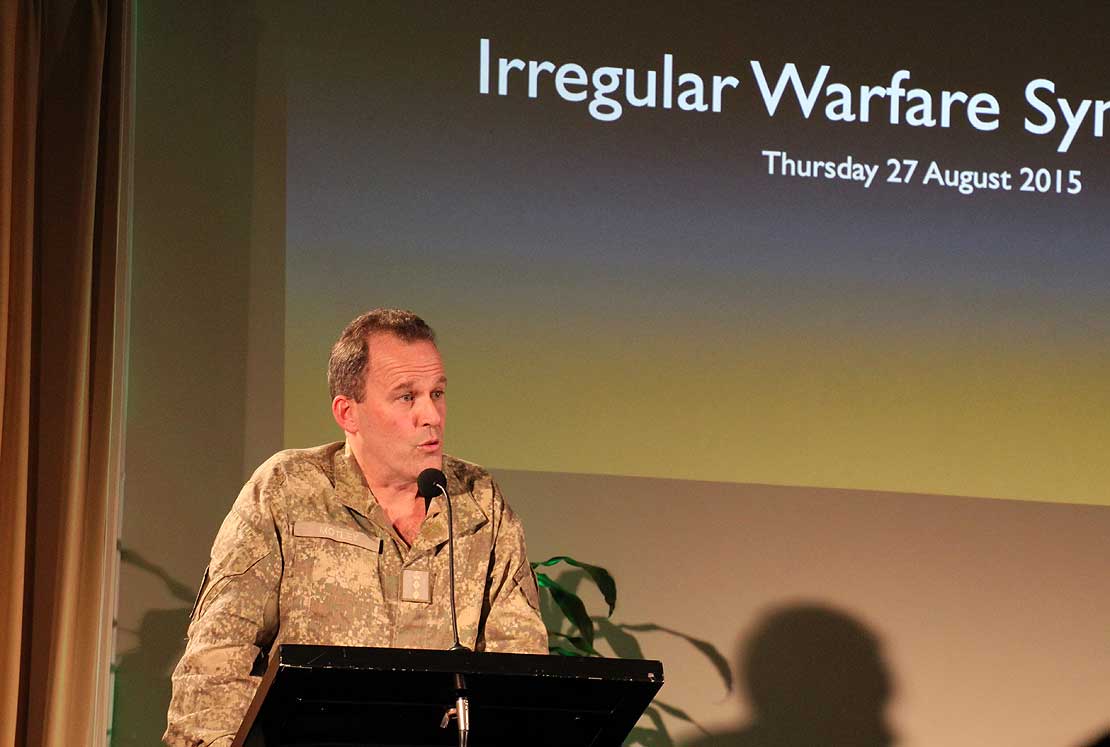 Education was a key theme of Commander of the New Zealand Defence Force College Colonel Grant Motley’s keynote address. He told the 140-strong audience New Zealand’s defence force needed to “engage more, be influential in, and knowledgeable about, the ‘human’ environment”.

“We need to progress the idea of the Army as a learning organisation, as it seems clear that in irregular warfare, the familiar but cutely adapted mantra, ‘who learns wins’ is a valuable one to keep in mind,” he said.

“Regional and country-specific knowledge of language, cultural awareness and understanding, our own cultural self-awareness, the specifics of the host nation economy, ecology and ethnic and social factors” are all key factors in effective military operations, he says.

Colonel Motley says the educational focus and profile of the Army needs to diversify. “Irregular warfare has and will continue to demand skills in anthropology, sociology, history, politics, media studies, journalism and psychology. We need to pursue this knowledge having selected the right people and then invest in them, their future and the right programmes.”

“Much of our approach to learning is largely an approach to training – dealing with anticipated events via the execution of prescribed tasks in a uniform and disciplined manner.”  Education, he says, is about developing a “cognitive edge”, and an ability to deal with the unpredictable and modify what was taught in order to respond to new, unexpected challenges, Colonel Motley said.

He also spoke about political leadership, the “battle of the narrative”, and the role of communications as major challenges of irregular warfare. “We need to involve political leadership in the planning process and decision-making. We have partitioned them from that, and then wonder why and are disappointed that we weren’t understood,” he said.

Conflicts of the 21st Century are “less about territory, more about values”, he says. “It’s not easy to mobilise and maintain public support and understanding in the Western world for seemingly less threatening and less obvious ideological reasons.”

Communications in irregular warfare scenarios are an “uneven playing field”, he says, but Western armed forces need to be accountable, transparent, truthful, lawful, able to admit to mistakes, and meet political and coalition expectations. However, these requirements have resulted in “centralised, reactive and slow-paced media operations in contrast to an enemy who can claim responsibility when it suits, lie when convenient, deny mistakes, operate above the law”.

Smart technology and tools of terror

The latest electronic and computer technologies used by terrorists were the focus of Centre for Defence and Security Studies teaching fellow Theo Corfiatis’ presentation, The Irregular Warrior’s Toolbox – Modern Tools of War.

Mr Corfiatis described the attention-grabbing “Kim Kardashian-factor” of 21st century irregular warfare scenarios, where a fighter “with a gun in one hand and a cell phone in the other” films and distributes live footage on social media of the destruction and carnage he is unleashing, then checks online reactions.

Electronics and smart technology – including remote controlled toys that can be bought at a toyshop – are being used “with devastating effects”, he said. Much of the information on creating devices is available via online manuals and forums, and on the Deep Web (or Invisible or Hidden Web), and uses everyday domestic items, from microwave ovens and washing machine timers to deodorant and doorbells.

Bryan Dorn, from Headquarters New Zealand Defence Force, spoke about the importance of systems thinking, or the analysis of the use of social networks and modern communications technology in the battle against irregular warriors.

Squadron Leader Nash, who completed a Master in International Security at Massey in 2013, says the symposium was a rare and important opportunity for knowledge sharing and an exchange of viewpoints between defence personnel, academics and students on issues vital to New Zealand’s participation in 21st century international conflicts. He talked about how Western governments need to do more in the “battle for legitimacy” when faced with adversaries opposed to a Westernised worldview in his presentation: Hearts and Minds – the Battle of the Narrative.

Defence Force officers spoke of their deployment experiences and their observations of conflict in Sudan, Sinai, and Syria, and on the building partner capacity mission in Afghanistan.

Massey students who attended are studying for a Bachelor of Arts in Defence and Security Studies for a variety of reasons, from wanting to work in a humanitarian capacity in conflict zones, to working as a psychologist in the military to help soldiers with post-traumatic stress disorder.