New projects involving research and study exchanges, scholarships and collaboration in education, linguistics, psychology and development studies were on the agenda for a delegation from the College of Humanities and Social Sciences to Brazil, Colombia and Mexico this month.

The group of eight, led by Distinguished Professor Paul Spoonley, Pro Vice- Chancellor of the college, visited key university and government contacts to build on partnerships and agreements fostered over the past four years.

The college has been forging academic links with a number of universities in Latin American countries with education, trade and business ties to New Zealand. Highlights of the trip included a meeting in Mexico City with Terry Meikle, Mexico’s Agriculture Counsellor Latin America, Ministry for Primary Industries, and a visit to Universidad Nacional Autónoma de México, with whom Massey is about to sign a Memoradum of Understanding, to discuss the possibility of Universidad Nacional Autónoma de México providing a Diploma in Oceania with input from Massey.

“With rural development a key priority for the Mexican government, Massey University hopes to build on its longstanding partnership with the University of Chapingo by supporting collaborative activities in agriculture and rural development through its College of Sciences and Social Sciences,” she says.

In Bogota, Colombia, the group visited the Universidad Nacional de Colombia, followed by a reception co-hosted by Professor Spoonley and the New Zealand Ambassador to Colombia, which was attended by senior members of Colombia’s key government bodies including the Ministry of Education and the Ministry of Foreign Affairs. 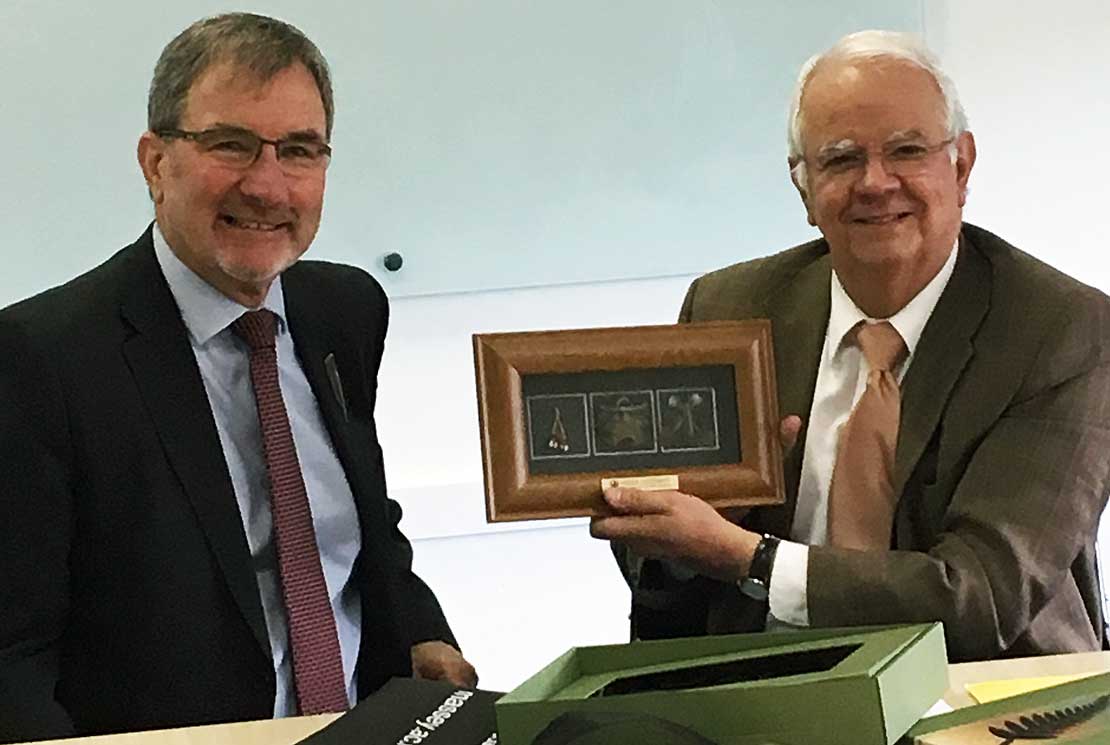 On a separate visit to Universidad de los Andes, the delegation discussed potential projects, including scholarships to do a short course at Los Andes in the area of indigenous languages. An academic collaboration in indigenous language revitalisation is also on the radar, as well as the idea for a symposium linking their newly established Sustainable Development Goals Research Centre with relevant academics in Massey’s School of People, Environment and Planning.

In Sao Paulo, Brazil, a visit to Universidade Estadual de Campinas culminated in Professor Spoonley delivering a guest lecture on: The Challenges of Superdiversity in Gateway Cities.

With the Universidade Federal do Rio de Janeiro, the School of Humanities and Te-Pūtahi-a-Toi (the School of Māori Knowledge) have also established a language revitalisation project with the Kaingang indigenous community.

Last week, the school launched a new Portuguese language programme at Massey. It will be the only tertiary level programme in this language in New Zealand.