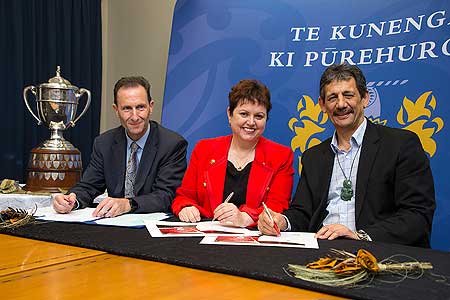 Massey University is demonstrating its support for the Māori agricultural sector by becoming a sponsor of the Ahuwhenua Trophy, BNZ Māori Excellence in Farming Award.

The Ahuwhenua Trophy has a long history dating back to its launch 85 years ago by visionary Māori leader Sir Apirana Ngata and the then Govenor General, Lord Bledisloe. Sir Apirana saw the competition as a way of encouraging Māori farming skills and retaining and improving what remained of Māori land.

Today the trophy remains one of the greatest accolades to win in Māori farming and the competition is alternated between dairy one year and sheep and beef farmers the next. In 2018 it will be the turn of dairy farmers.