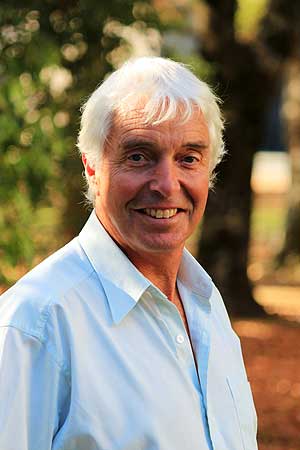 The world’s climate is changing, but it remains possible to slow down the speed and extent of change if all countries, including New Zealand, play their part. Rapidly deploying the many different types of technologies and measures available and developing effective policies to reduce greenhouse gas emissions can also produce many additional benefits that offset the cost. This is the key message from the summary of the latest Intergovernmental Panel on Climate Change (IPCC) report on mitigation released on Sunday night after it was approved, sentence by sentence, by more than 120 governments that gathered in Berlin.
Only rapid, stark institutional and technological change can preserve a chance to limit global warming to the internationally agreed two degrees Celsuis above the pre-industrial level. Further delays in taking strong actions will increase the mitigation challenge, the costs, and the risks of exceeding this temperature threshold.
The IPCC report on Climate Science released last September confirmed that climate change is happening and is due to human activity. The follow-up report on Adaptation launched two weeks ago showed New Zealand needs to do a lot more to become resilient to the expected increase in extreme events and their impacts on communities, coasts, agricultural production and human health. Climate change Minister Tim Groser responded by stating it is the role of local governments to address this threat, although it is not clear how to do it, how much it will cost, or who will pay the price.
The Government however, is responsible for our mitigation policies. The argument that New Zealand produces only 0.14 per cent of the world’s greenhouse gas emissions no longer holds. On average, each New Zealander is responsible for emitting around eight tonnes of carbon dioxide a year and, with all the other greenhouse gases, now produces twice those of the average Chinese person and around eight times those of someone living in india. This means we are now the fourth highest emitters per person in the world, behind Australia, the United States, and Canada.
New Zealand has set a modest target to reduce our total greenhouse gas emissions by five per cent below the 1990 gross emission level in just six years time, yet no one knows how we will achieve this. In our Sixth Communication document to the United Nations in December 2013, the Ministry of Environment projected our net greenhouse gas emissions (the total emitted minus the carbon dioxide absorbed by forests planted after 1990) will reach more than 75 million tonnes in 2020 if we continue with business as usual. To reach the five per cent reduction target below our 1990 emissions, we will need to somehow reduce these to 55 million tonnes.
The various means of achieving this are clearly outlined in the IPCC Mitigation report released today. They relate to buildings, transport, industry, energy supplies, food production and processing, and forests, all of which can lead to the better green economy recently outlined in a New Zealand Royal Society report. Many of these solutions also provide major additional benefits such as less air pollution, better health, reduced traffic congestion, more employment and they actually save money.
In the foreword of New Zealand’s recent Communications document to the United Nations, Minister Groser stated “The emissions reduction opportunities available to other nations through conversion to renewables, mass public transport and energy efficiency in industry have already been done or have far less scope in New Zealand.” The IPCC Mitigation report clearly shows this is far from correct.

Ralph Sims is Professor of Sustainable Energy at Massey University’s School of Engineering and Advanced Technology. He is long-time contributor to the Intergovernmental Panel on Climate Change and was the co-ordinating lead author of the Transport chapter of the 2014 Mitigation report.