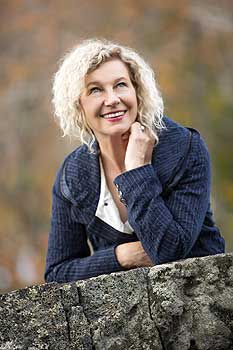 Professor Carol Wham, from the School of Sport, Exercise and Nutrition in Massey’s College of Health, is particularly concerned about dehydration among older inpatients in hospital care. The findings of a pilot study she has just published revealed that more than 40 per cent of older patients under DHB care were either dehydrated or had impending dehydration.

“Dehydration is a problem in older adults because it is associated with increased risk of morbidity and mortality and longer length of stay in hospital,” says Professor Wham. “It is under-recognised, under-treated and poorly prevented.”

She says older adults are especially susceptible to dehydration due to age-related physiological and functional decline, impaired thirst perception and a decline in kidney function. Restricted mobility and incontinence issues can also lead to older people drinking less fluids to avoid trips to the toilet.

The findings, published in the Australasian Journal on Ageing and titled: Factors associated with low-intake hydration among older inpatients – a pilot study, provide insights on a little-researched area in New Zealand. It focused on 89 hospitalised older adults with a mean age of 82 years, and found that 16 per cent were dehydrated and a further 27 per cent had impending dehydration – a total of 43 per cent.

They assessed hydration status using plasma osmolality (which measures the body's electrolyte–water balance in the blood) of the study participants as well as fluid intake from foods and beverages within the same 24-hour period.. Results showed total fluid intake was low, compared to recommendations for adults over 70 years. (The median was two litres per day for men and 1.6 litres per day for women compared to the recommended 3.4 litres and 2.6 litres, respectively).

“Only eight per cent of participants met the recommendations for total fluid intake (from all sources) while 15 per cent did for fluid intake from all beverages,” Professor Wham explains.

Total fluid intake was mostly from beverages (82 per cent) with 18 per cent from liquid foods such as yoghurt, soup, ice cream and jelly. Beverages included water (43 per cent), hot drinks such as tea and coffee (42 per cent), and cold drinks (15 per cent).

Why this liquid lack?

Professor Wham says offering water and drinks more often through the day, especially with medications, is likely to increase fluid intake as drinking needs to be driven by routine rather than reliance on patient thirst. “Of all fluid sources, only low water intake was associated with dehydration. Coordinated strategies are needed to include frequent offering of water and other drinks to patients and to increase staff awareness and support for adequate fluid intake especially among patients with bladder control difficulty,” she says.

Professor Wham, who has carried out extensive research on malnutrition among older people in previous research, says the physiological mechanisms that trigger thirst and hunger conspire against people as they age. But we can all play a part in our interactions with ageing relatives or friends by sharing a meal or cup of tea with them.

“Companionship facilitates eating and drinking in older people who live alone. Don’t just drop off a meal and leave, or make a cup of tea and go. Stay and share it with them.”