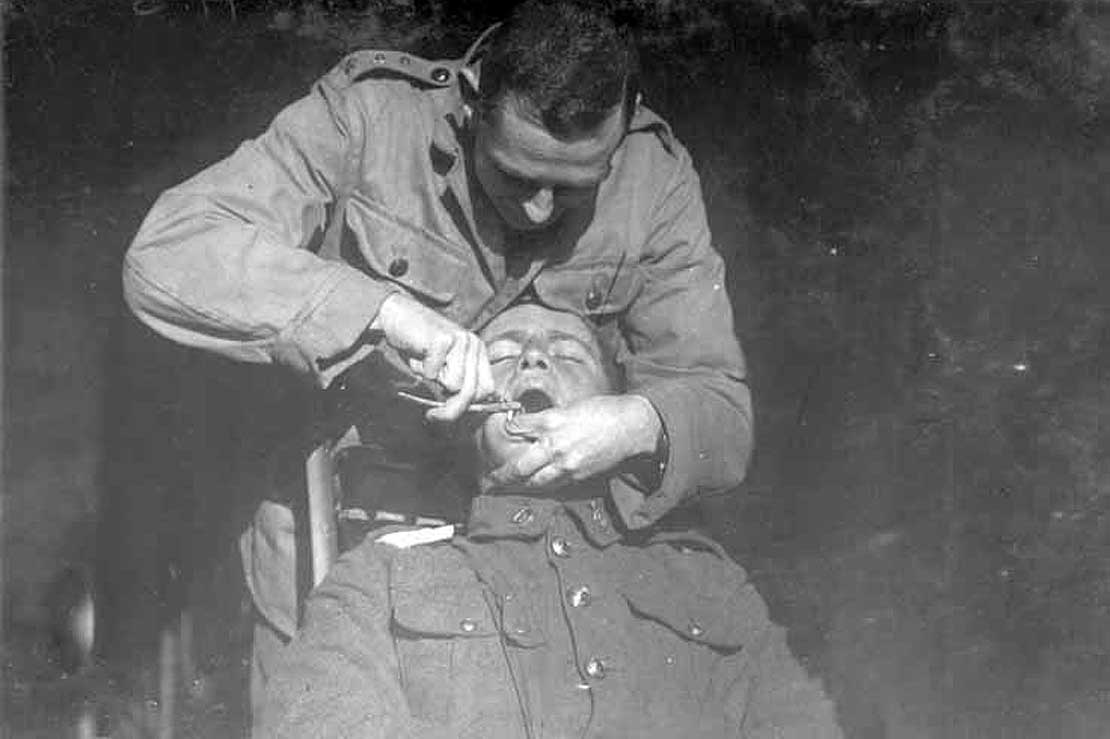 A soldier undergoing a dental extraction (photo/Army Museum at Waiouru)

From dental emergencies, treating dysentery and tending the wounded and dying – to the care of horses, donkeys, dogs and canaries as well as breakthroughs in facial plastic surgery – Massey University is seeking a writer for the untold story of New Zealand’s WWI medical services.

War historian Professor Glyn Harper, Massey's project manager of the Centenary History of New Zealand and the First World War, who is leading a 14-book series, says this particular volume will comprise a significant segment of the nation’s overall war history.

He stresses the war history of medical services is also a positive story, “to do with care and compassion as opposed to the hard-core battlefield realities of how to kill your enemy,” he says.

“It’s the story of welfare and restoring people back to health, as well as tending the wounded dying. The book will tell a vital story – it’s a major gap in our history.”

There are numerous themes to explore for what promises to be a fascinating volume. One key theme is the development of the first dental corps in a Western allied army. War highlighted the grim state of the country’s dental health, with one third (35 per cent) of all eligible men rejected for military service due to poor dental health. “For many who did go to war, joining the army was the first time they had a toothbrush,” Professor Harper says.

The problem with having bad teeth was that the men were preoccupied with severe pain and therefore less able to focus on the demands of soldiering. Dental problems also weakened their overall health and put them at risk of infection and blood poisoning.

The “appalling” dental health of New Zealanders was partly the result of an increase in sugar in the diet at the time. The popularity of biscuits and cakes, combined with the lack of natural fluoride in the water, unlike in Europe, led to dental woes. Medical services at home and on battlefields

While the threat of dysentery, scurvy, typhoid and malaria hovered, the appointment of sanitary officers, and the fact New Zealand was first to inoculate soldiers and introduce an anti-malarial programme, meant it was the first time more men died in battle than of diseases. However, venereal disease was to become a big problem.

“New Zealand personnel had to deal with horrific injuries caused by high-velocity bullets, artillery fire and chemical weapons,” Professor Harper says. “Added to that, infectious diseases were a constant and grave threat – health professionals prepared and supported over 100,000 servicemen and servicewomen overseas. Those left at home had to fill the gaps left by colleagues serving overseas. In the midst of this, the devastating 1918 influenza pandemic struck, affecting troops overseas and New Zealanders at home 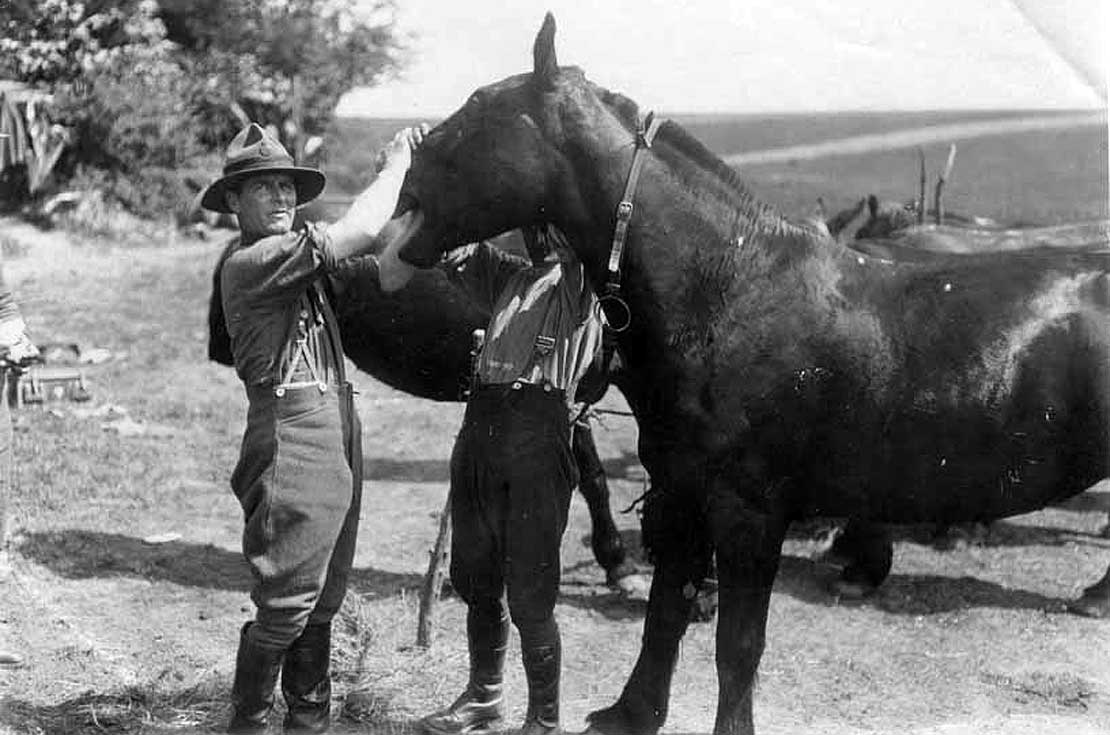 From the horse's mouth

A major gap in the medical history of WWI is the work of overseas-trained New Zealand vets looking after the 10,000 New Zealand horses sent to Europe and the Middle East. The removal of so many horses started to have an economic impact on the country. By the end of the war, only four horses returned.

Ancillary services for animal welfare such as farriers are another part of the untold story. “Hoof lameness and damage was a huge problem and the farriers were vital to preventing this from happening,” he says.

The role of convalescent hospitals in England, at Walton-on-Thames, Codford, Brockenhurst and Hornchurch, where New Zealand soldiers were cared for, as well as hospitals in France (Hazebrouk), Egypt and Salonika, form another chapter of the medical history. New Zealand-based facilities, such as Awapuni camp and training centre for pre-deployment training medical officers and medical orderlies, and Hanmer Springs for the treatment of soldiers suffering shell shock, are key strands of the story.

While there are plenty of first-hand sources in the war diaries of doctors, nurses, stretcher bearers and soldiers, as well as hospital records, he hopes the chosen writer will uncover new material.

“The challenge,” says Professor Harper, “is to find an historian who is an excellent writer, with an interest in or knowledge of medicine and health services.”

“Currently no book tells the collective story of how our troops were supported and cared for by a dedicated team of doctors, nurses, dentists, medics, ambulance officers, orderlies and sanitation and hygiene workers and, for our horses, the veterinarians.

“This volume will explore the coming of age of New Zealand’s health services and detail such significant figures as Henry Pickerill and Harold Gillies who set about rebuilding faces and burnt casualties and, in doing so, became the fathers of plastic surgery. It will provide an opportunity to tell the story of their efforts to deliver the best of healthcare under the most difficult of circumstances.”

Professor Harper expects the history will be completed by the end of 2018, with the aim of launching the volume around the commemoration of the Signing of the Treaty of Versailles on 28 June, 2019.

The book is funded by grants from the Lottery Board ($140,000), and New Zealand Defence Force, the New Zealand Veterinary Association and the Palmerston North City Council.

Books published, in progress or planned for the series:

• New Zealand and the Air War

• The War against the Ottoman Turks

• New Zealanders serving in other Forces