A tale of love, desperation and physics 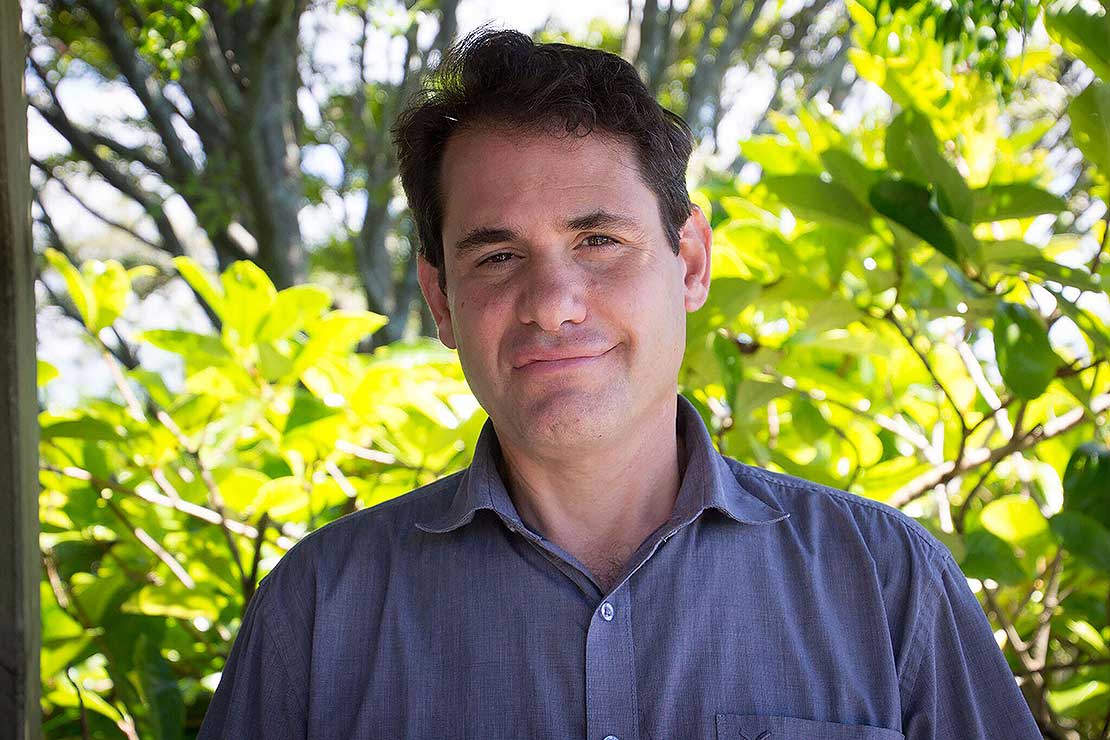 The cover of Entanglement.

If you could go back in time to change one thing in your life, what would it be? And would you take the opportunity to change it? That is the premise of Professor Bryan Walpert’s new novel, Entanglement.

Entanglement is the beautifully written story of a “memory-impaired time traveller (who) attempts to correct a tragic mistake he made in 1976 when, panicked, he abandoned his brother on a frozen lake in Baltimore”.

The novel takes place, and goes back and forth between three periods: a time traveller working to correct the mistake he made in 1976; a novelist in 2011 researching at the Centre for Time in Sydney who becomes romantically involved with a philosopher from Aotearoa; and a writer in 2019 at a lake retreat in New Zealand after the disintegration of his marriage following another tragedy.

As these three stories unfold over the novel, the three lives “become entangled in a tale of love, desperation and physics.”

Professor Walpert, who teaches creative writing in the School of Humanities Media and Creative Communication, has always been fascinated by time. “What ‘time’ is exactly is quite slippery. St. Augustine wrote, ‘If no one asks me, I know. If I wish to explain it to one that asketh, I know not.’ The more I read about time, the more interesting it became,” he explains.

“And I’ve also always loved time travel stories. I’ll read or watch pretty much anything to do with time travel. But I wanted to write something that didn’t merely follow a prescribed formula – a book that had a different take on it.”

One intriguing aspect to the book is that part of it is set in a fictionalised version of the Centre for Time at the University of Sydney.

“That’s actually a real place that I wanted to visit. They were very welcoming when I approached them about a visit, and in the end I spent three weeks there. I went to campus nearly every day ­– they gave me a desk and computer to use, and they invited me to seminars and sat down to talk with me over coffee and loaned me books. At first I wasn’t sure what they would think about time travel questions – I thought they’d dismiss them, but they were quite happy to talk about it. So that was a useful bit of research and a lot of fun.”

The book has already received some great reviews. Nicholas Reid, wrote in The Listener that the book “is really a complex reflection on the nature of time, memory and regret.”

Madison Hamill, author of Specimen has said “… I freaking love this book! Walpert has not only the ear of a poet, but also the ruthlessness of a novelist skilled at unpicking human relationships. Trust me, this story will unfold like a set of dominoes arranged in the shape of your heart.”

It’s been a busy year for Professor Walpert, with his latest collection of poetry Brass Band to Follow, his fourth poetry collection, published by Otago University Press earlier this year. He’s the author of Late Sonata, winner of the 2020 Seizure Viva La Novella Prize, as well as a short story collection, four books of poetry and two of literary criticism. His work has appeared in New Zealand, Australia, the United Kingdom, the United States and Canada, and has been recognised by the Montreal International Poetry Award, the New Zealand International Poetry Competition and the James Wright Poetry Award.

Entanglement is published by Mākaro Press and will be released on 11 November.