Human impact on planet a focus for new centre 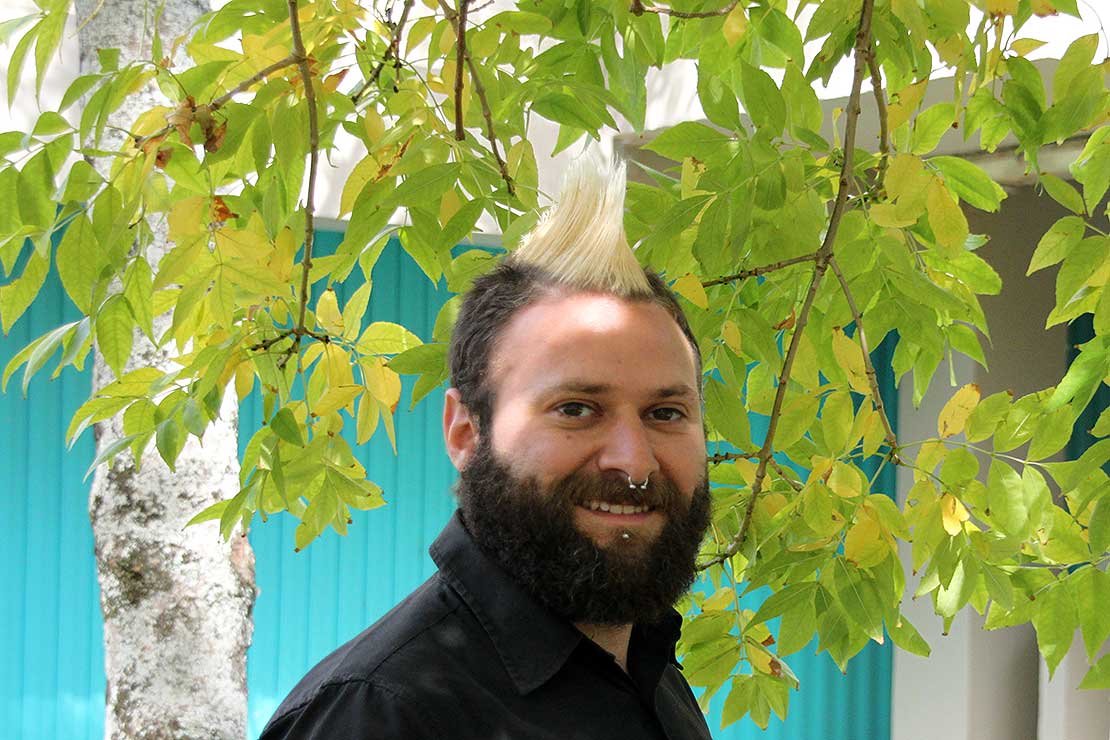 Co-founder Dr Sy Taffel says the centre is a vehicle for humanities and social sciences scholars wanting to contribute to debates, research and solutions to climate change and human-led alterations to environments.

Based in the College of Humanities and Social Sciences, the centre signals a heightened concern among academics about the impact humans have on the environment.

Dr Taffel says the idea for the centre grew from a conference last year, titled Working with Nature, which focused on “ecological entanglement”, that is; how humans interact with nature in the 21st century – from aesthetic, political and cultural angles.

Dr Taffel, a lecturer in media studies in the School of English and Media Studies who moved to New Zealand from the UK three years ago, says there is growing momentum among academics to be more proactive and to engage with community, councils and interest groups to bring about change.

New thinking is vital given the scope of predicted ecological crises in the 21st century and the “new language of the Anthropocene” – a new era of geological history that recognises the scale of the impacts that human-led activities are having upon the non-human world, he says.

Humanities and social science scholars have a key role to play in addressing the ethical and political consequences of climate change, pollution and other ecological issues he says, and this means working alongside community groups, activists, businesses and government too.

The issue of how New Zealand deals with plastic bag waste is just one example of how academics are getting involved. A forum at the campus last year brought together staff from the centre, scientists, representatives from diverse environmental groups around New Zealand, city councillors and entrepreneurial waste management businesses to formulate ways to reduce the amount of plastic rubbish.

Dr Trisia Farrelly, an environmental anthropologist, PERC member and spokesperson for the community-based Carrying Our Future lobby group in Palmerston North, which co-hosted the December forum, says the event identified the lack of a national-level representative body to champion product stewardship since the demise of the Zero Waste New Zealand initiative in 2010.

Dr Farrelly is supervising Bachelor of Arts graduate and Massey University Summer Scholar Isaac Tombleson, who has written a report on the forum and is now working on a research project reviewing key international product stewardship advocacy organisations.

Later this year, the centre will publish an anthology of essays edited by Dr Taffel and centre co-founder Dr Nick Holm, titled Ecological Entanglements in the Anthropocene. It is comprised of work by scholars from Massey University as well as Britain and Australia who presented at the Working with Nature conference.

“The book feeds into the growing body of humanities and social science literature around political engagements with ecology,” Dr Taffel says.

There are opportunities for students through the centre too. Summer scholarship recipient and Bachelor of Arts graduate, Isaac Gumbrell, is currently editing a short documentary he filmed in Palmerston North, about Carrying our Future’s Living Bags project, where volunteers are making re-usuable fabric bags for George Street as part of a plastic bag-free street initiative.

Dr Taffel, who also works as a filmmaker and photographer, hopes the centre will attract more researchers and students from across the university, as well as community groups with an interest in environmental issues.

Politics of lawn-mowing in the age of climate change