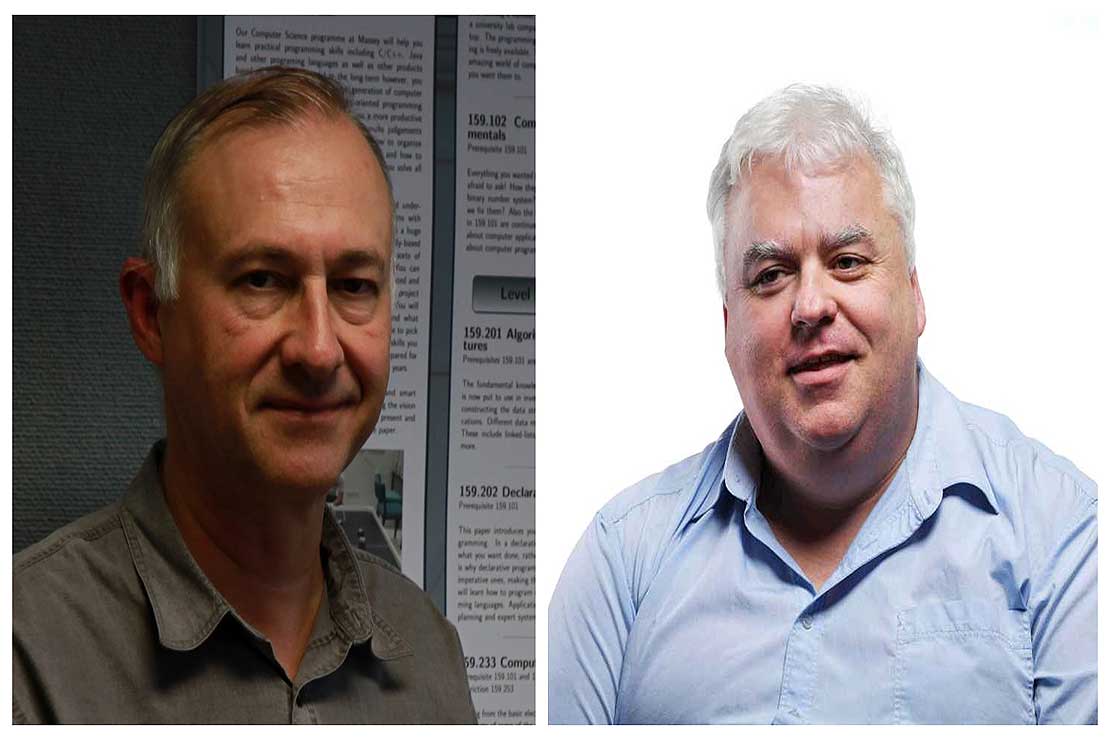 Two new Head of School appointments have been made within the College of Sciences following the formation of two new schools - the School of Mathematical and Computational Sciences and the School of Natural Sciences.

Associate Professor Chris Scogings has been appointed as the inaugural Head of School of Mathematical and Computational Sciences, a new school that has been recently formed within the College of Sciences and will begin operating next year.

Chris is currently an Associate Professor within the School of Natural and Computational Sciences and Academic Dean – Computer Science. He will begin his new role and be appointed to Professor from 1 January 2022, based in Auckland.

The new school was established following a thorough consultation process with the College of Sciences, and represents a renewed focus on excellence in student learning and research in mathematics, statistics, computer science and information technology here at Massey.

Chris has been part of the Computer Science and Information Technology group at the university’s Auckland campus since 1994. He was awarded the Massey University Vice-Chancellor’s Award for Excellence in Teaching in 2006 and the Albany Lecturer of the Year Award in 2005 and 2013. In research, Chris has worked in a number of areas during his career although most of his research has been in the area of agent-based systems. More recently, he has become more involved in the mentoring of colleagues in both research and PhD supervision.

Chris says he is excited to be leading the new school and for the opportunities that are ahead. “We need to grow our engagement with schools, communities and tech companies in order to remain relevant and attract students to Massey. Students appreciate working with companies on real problems and some have found full-time employment during their final year internships, making this a win-win approach for both students and the industry.”

College of Sciences Pro Vice-Chancellor Professor Ray Geor says the creation of the new school with Chris at the helm is an opportunity to position Massey as a leader in mathematical and computational education and research in New Zealand.

Professor Geor says it was important that staff from the new school were engaged in the recruitment process. “Throughout the process, staff had an opportunity to engage with candidates through small group meetings or via the candidate presentations. Valuable feedback and commentary was gathered and presented to the selection panel who were incredibly grateful for everyone’s involvement.

“We look forward to welcoming Chris to his new role in the new year.”

Professor Jamie Quinton - Head of the School of Natural Sciences

Professor Jamie Quinton has been appointed as Head of the School of Natural Sciences and will begin his new role as soon as possible in 2022, based at the Manawatū campus. Professor Quinton will be relocating to New Zealand with his wife Professor Tara Brabazon, who will take up an adjunct role at Massey.

Leaving the Dean of Science role at Flinders University after building his academic career over 18 years, Jamie is excited to bring his passion for learning to Massey and the School of Natural Sciences. Having held pivotal roles in Education and Research leadership at School and College levels, he brings extensive experience into his new role as Head, School of Natural Sciences.

To highlight some of this experience, Jamie has been the course coordinator for the Bachelor of Science suite of degrees at Flinders. As a passionate educator who cares deeply about student success, his 1st year Physics class nominated him for the Australian UniJobs Lecturer of the Year Award, for which he was the Flinders winner in 2009. He was subsequently awarded a national teaching award - a Citation for Outstanding Contribution to Student Learning by the Australian Learning and Teaching Council - in 2010. In addition to his dedication to higher education, Jamie’s research experience extends across the disciplines of the new School of Natural Sciences. He has held leadership roles within the Institute of Nanoscale Science and Technology, Flinders Microscopy and Microanalysis, and has published over 150 peer-reviewed articles, two book chapters, 15 industry reports and holds two patents in the areas of Nanotechnology, Physical Chemistry Condensed Matter Physics, and Materials Engineering. He is also a Fellow of the Australian and Member of the British Institutes of Physics, a Chartered Physicist and a Certified Materials Professional.

Professor Geor says: “The establishment of the school and the appointment of Professor Quinton as the inaugural Head of School signals our intent to leverage our collective capability and reputation for excellence in the natural sciences. There is much to look forward to in 2022 as the new school gets underway, we continue to develop and promote our new science curriculum, and – for Auckland staff - we move into the Innovation Complex and take advantage of this fabulous new facility."