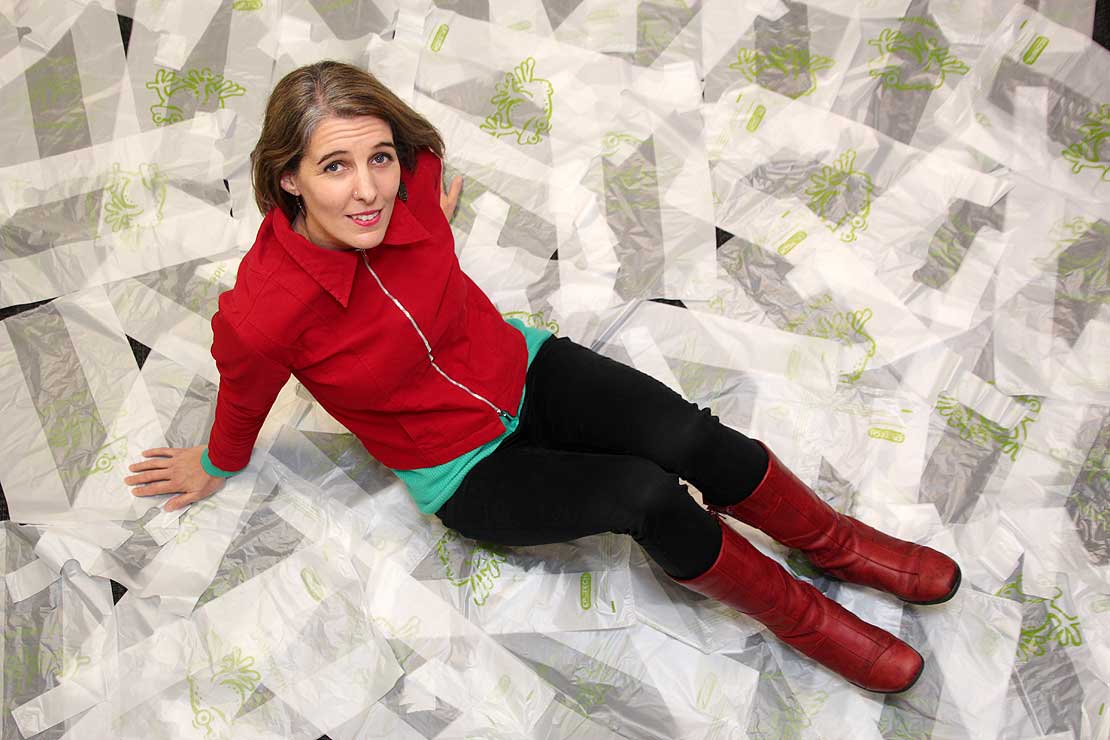 Imagine life without them? A Massey University environmental anthropologist can. Dr Trisia Farrelly  is part of a Palmerston North group campaigning to get rid of  environmentally damaging plastic grocery bags.

Dr Farrelly, from the School of People, Environment and Planning, is a member of the Carrying Our Future lobby group, which is working towards a plastic bag-free future for Palmerston North.

The group is holding a public forum on Sunday to present their vision to the community. They are seeking public support for a voluntary system to eliminate the use of plastic bags locally.

“Plastic bags break down into invisible micro-particles – they don't go away. They break down in the air, water, soil and sea. The toxins in plastic bags are highly damaging for the environment and its fauna, and for the marine ecosystem,” she says.

Dr Farrelly, who has conducted research and surveys in Palmerston North on household waste management and is supervising a number of postgraduate projects on issues of sustainability and waste disposal, says the group is taking an educative, solutions-based, and constructive approach to the issue.

This includes encouraging citizens to say ‘no’ to plastic bags when they shop, and for businesses and retailers to get creative in designing re-useable and recyclable bags that could enhance their brand and reputation.

People from diverse organisations will speak at the forum, including Massey University Masters student Chad Foley. He will present findings from a Massey University Summer Scholarship research paper he completed at the end of his final year of a Bachelor of Arts majoring in geography.

His paper looked at case studies in New Zealand and around the world of how towns, cities and businesses have dealt with the issue of plastic bag reduction. He cites the successful reduction in plastic bag use in New Zealand by Pak ‘n Save and The Warehouse, which charge five and 10 cents respectively for bags.

Mr Foley identified “political ideology and national legislation” as the main barriers to regulating plastic bag use at a national level in New Zealand, but found that a ban on single-use plastic bags could be sustainable in the long term with the political will, support and alternatives to plastic bags.

Sunday’s forum will also report on a remit proposed by the Palmerston North City Council, which could go before Parliament. It urges government to impose a levy on plastic shopping bags at point of sale. The remit will be voted on at a local government conference in Rotorua this September.