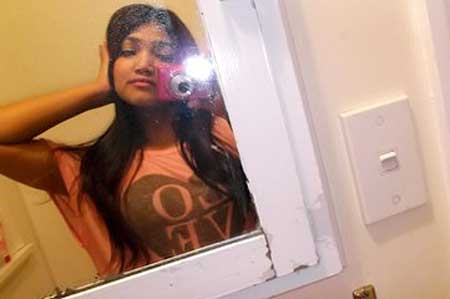 The ‘selfie’ pout is regular Facebook fare for Westernised teens. But the power of Facebook and the ‘selfie’ are also used by refugees to experiment with new cultural identities.

Massey University social anthropologist Jessica Clark traced the resettlement experiences of four Bhutanese teenaged sisters. The trio were raised as Hindus in a Nepali refugee camp before coming to New Zealand five years ago and settling in Palmerston North.

Taking an ethnographic approach – a detailed, in-depth study of everyday life from the participants’ perspective – she reveals a fascinating story of how cultural boundaries can be crossed and re-defined through visual technology and social media.

When Ms Clark gave each of the sisters a digital camera so they could take photos that reflected their everyday lives in their newly adopted hometown, she didn’t realise the extent to which Facebook would become the dominant platform for their self-expression and experimentation with new identities.

“The photos they took were striking and provided a deeper insight into their experiences as young women growing up in a new country,” she says.

While emulating the popular Facebook trend among their Kiwi peers of posting selfies in a range of poses, expressions and scenarios – from tough or sexy to laughing and having fun with friends – the girls also embraced other modes. They adopted both Bollywood and Western styles of femininity from popular culture figures in fashion, film and music. And they found a particular connection with American-based cult celebrities, the Kardashians.

“Most of the models and singers, they’re white girls and they’re really skinny. And yeah, we like their music but they don’t look like us. We could never copy that look or be like them, but we can with the Kardashians,” says one of the sisters in the thesis.

Facebook, says Ms Clark, is “an important space of identity experimentation. It offers a culturally neutral space free from adult supervision”. However, her subjects also use Facebook to connect with Bhutanese youth, who appear to use it to escape cultural pressures. “They don't have to follow the cultural or Hindu rules on Facebook, so that’s why so many young Bhutanese people are always using it,” one of the sisters said.

Ms Clark emphasises that while her study participants do not fit the profile of typical Bhutanese refugees, her research sheds light on the experiences and challenges of adapting to a new culture and finding an identity within it as a refugee. “In this sense, being on the periphery of being Nepali and on the periphery of being Kiwi allows them to experiment with both sets of norms,” says Ms Clark.

She says previous research tends to focus on refugee women as victims of war, violence and sexual abuse, with little documentation of their resilience and strength.

Her study participants have been raised by a single mother who – unusually – divorced soon after entering the refugee camp in Nepal where she spent 20 years. Her daughters – now aged between 14 and 20 – have converted to Christianity, and have been strongly encouraged by their mother to live freely and pursue their dreams and aspirations.

New Zealand was the first country to accept Nepal-based Bhutanese refugees in 2008. Ms Clark made contact with the Bhutanese community in Palmerston North through her supervisor Dr Sita Venkateswar.

She was keen to do postgraduate research on migrant women, fuelled by her passion for autobiographical women’s stories from different cultures and through her feminist awareness.

Throughout the thesis she reflects on her developing friendship with the sisters, and how this contributed to a deeper understanding of their lives – past and present.

The completion of her research also marked a personal triumph.

“I have struggled with dyslexia throughout my educational experience. Completing a Master's degree is something that I never thought would be possible for me,” says Ms Clark, who will graduate next year. “But I went on to surprise myself and achieved an A+. I’ve really enjoyed studying at Massey and through my time here I have achieved much more than I anticipated.”

She is currently on a research internship for the Taranaki Living Lab project recently launched in New Plymouth by a group of Massey social scientists. The project, titled Sharing the Waiwhakaiho River, involves gathering personal stories, scientific data and audio-visual material to generate knowledge, community connections and digital art work about the river.