One-third of Kiwis may drink hazardously their entire adult lives 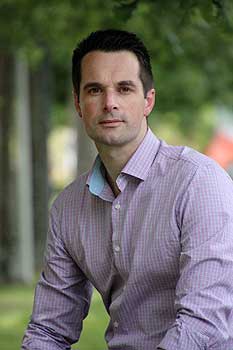 Many of us assume that risky drinking is something we ‘grow’ out of as we age, but new research shows that this might not be the case.

The research team, from Massey University’s School of Health Sciences and the University of Auckland’s Centre for Addiction Research, found that 33 per cent of New Zealanders were ‘hazardous drinkers’ by their 20s and continued to drink hazardously for most of their adult lives.

For nearly one-third of Kiwis, these drinking patterns continue into their 60s and 70s, increasing the risk of immediate harm (blackout, hospitalisation) and long-term harm (worsening health, death). Another key finding suggested 13 per cent of older men had been binge drinking (consuming five to six drinks at least once a week) for most of their adult lives.

Research co-leader, Dr Andy Towers of Massey’s School of Health Sciences says the findings suggest drinking patterns are surprisingly stable across a person’s lifespan, which is not what the researchers expected.

Dr Towers says the study, which was funded by the Health Promotion Agency (HPA), drew on data from Massey University’s Health, Work and Retirement Longitudinal Study. This long-running study has extensive historical data on the lives of over 800 participants aged 50-plus, including their childhood home life, adult work history, relationships, key life events, health, and drinking patterns across their lifespan.

“We’ve never had a study tell us so much about our lifelong drinking patterns before,” he says. “We were able to identify at what age Kiwis started drinking, what started them drinking earlier or later, how their drinking patterns changed across their life and why they changed.”

Professor Janie Sheridan and Dr David Newcombe, research co-leaders from the University of Auckland, noted that the team also identified the factors linked to early initiation of alcohol use.

The team also explored the key factors that differentiated heavy drinking groups (those consuming a lot of alcohol very frequently) from less risky groups. They found that heavy drinkers in older adulthood were much more likely to be men, had started drinking earlier in life, had grown up in poorer households, and had a parent who was a heavy drinker.

Dr Newcombe says the report offers clear insights into how we can reduce alcohol-related harms in New Zealand.

“These findings have implications for Kiwis of all ages. We need to be brave enough to start talking to our family and friends about their drinking, what it might be doing to their health and the health of their children, and whether we can do something about it.”

“If our results indicate that drinking patterns don’t change much across our lives, then we need to ensure young Kiwis don’t start drinking like this in the first place. This means using approaches that we know help to reduce rates of drinking and harms, such as increasing the price of cheap alcohol, reducing alcohol accessibility and advertising, and banning alcohol sponsorship of sports that children play.