New research shows 49 per cent of Māori and 38 per cent of non-Māori participants were at high nutrition risk. 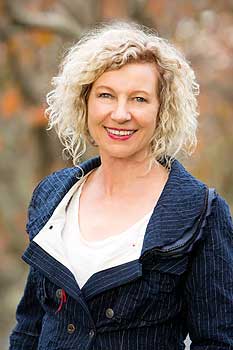 New research from Massey University and the University of Auckland suggests more focus in the health sector is needed to foster culturally appropriate food practices for older Māori that may lead to fewer hospitalisations and lower mortality rates.

The study, carried out over five years, investigated the association between nutrition risk with hospitalisations and mortality and was part of the Life and Living in Advanced Age Cohort Study in New Zealand (LiLACS NZ) - a longitudinal study of Māori and non-Māori in advanced age.

Associate Professor Carol Wham, from Massey University’s School of Sport, Exercise and Nutrition, says older people are known to be at a disproportionate risk of malnutrition and have an increased risk of developing health problems as result of compromised food and nutrition intake.

“Identifying nutritional problems from these domains creates the opportunity to plan appropriate interventions across the multiple pathways leading to poor nutritional health. The aim of this paper was to examine the consequences of high malnutrition risk, using the SCREEN II nutrition risk domain scores among Māori aged over 80 years and non-Māori aged over 85 years.”

This study examined the specific domains of nutrition risk within the SCREEN II tool in relation to hospitalisations and mortality for 256 Māori and 399 non-Māori octogenarians.

“Overall, 49 per cent of Māori and 38 per cent of non-Māori participants were at high nutrition risk. Lower nutrition risk in the ‘Dietary Intake’ domain was associated with reduced hospitalisations and mortality for Māori but not non-Māori.”

Overcoming barriers to healthy food consumption is key to improving the health of this vulnerable group, Dr Wham says. “Older single Māori, mostly women, have the least material wellbeing, which may lead to low food security. Food has special cultural significance for Māori. The impact of colonisation has affected access to traditional foods with limited availability of food species and time to go out on the land, the sea and the forest to harvest and may compromise dietary quality.”

Community-based interventions oriented towards improving the nutritional health for older Māori need to consider the role of companionship and community integral to Māori culture and the concept of manaakitanga (hospitality) to ensure food is available to all, Dr Wham says.

“There is potential for Māori-led strategies and community group support to build on existing programmes that aim to enhance the quality of life and wellbeing of Kaumātua [older Māori].”

“Interventions to improve the nutrition status of older Māori need to be based on a holistic Māori worldview. Indeed, the importance of language and culture and being able to access traditional foods are associated with lower nutrition risk in older Māori. A multifaceted approach, including education of the health workforce, may be needed to ensure culturally appropriate food practices are met.”

High nutrition risk related to dietary intake is associated with an increased risk of hospitalization and mortality for older Māori: LiLACS NZ was published in the Australian and New Zealand Journal of Public Health on Monday June 11.