Pictured: Charl with the NZ Hockey Association Challenge Shield from the 2019 National Hockey League (when playing for North Harbour).

To balance high-performance sport and university-level study is a feat of its own. To do it while also being a committed volunteer is quite remarkable.

Auckland-based Charl Ulrich is a full-time Massey University student of business and science, a member of the New Zealand Under 21 hockey programme, a North Harbour squad representative, as well as a passionate volunteer firefighter.

Currently waiting for confirmation around international fixtures prior to the 2021 Junior World Cup in India, Charl is working hard on his skills to be ready when hockey returns, hopefully in the form of a National Hockey Premiership camp in September.

With lectures and assignments on top of an already hectic training schedule, every second week Charl finds the time to volunteer on call from 6:30pm until 6:30am on weekdays and 24 hours a day over the weekend.

After being encouraged into community volunteering through the Duke of Edinburgh programme at Westlake Boys High School, Charl began training with the East Coast Bays Brigade until he was old enough to officially join. 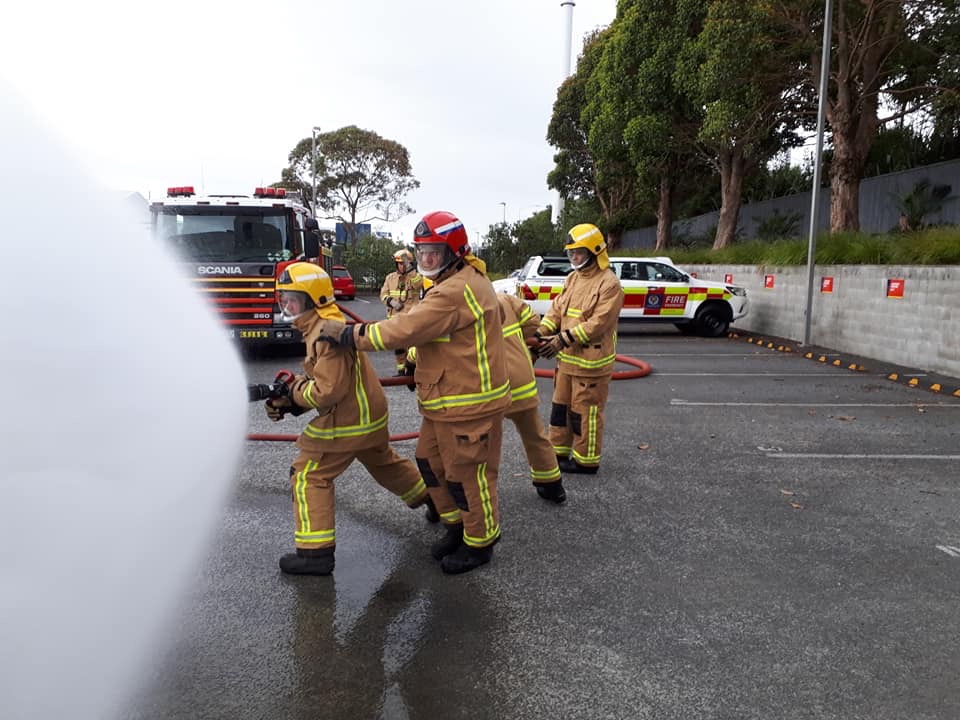 Pictured: Charl in action as a firefighter.

While volunteering and high-performance sport may seem worlds apart, Charl says there are clear similarities between both environments, namely discipline and calmness.

“Discipline in sport is essential towards keeping up your training and diet to cope under high intensity workloads, but also for firefighting you need to be disciplined to do the task you’ve been briefed to do to the best of your ability - otherwise people could get hurt.”

“Calmness is also a key one for me, especially with firefighting. You begin to cut corners when you’re not calm which can end up having serious consequences. In sport, if you are calm, I always find that you are able to perform to a better standard.”

It is not always the similarities though, but the differences volunteering offers to Charl’s training and academic regime which keep him coming back.

“It’s always good to get involved in the community and help out where you can. I have found that by doing this I have met so many great people and for me it’s added something different into my schedule rather than always training for sport.”

Although Charl does not have specific ambitions to continue firefighting in a paid capacity after hockey, he says he will remain involved volunteering within his community as long as he is around.

Studying a conjoint degree in business and science, Charl will not be short of options once his career as an athlete comes to a close.

“For me, I wasn’t sure if I wanted to enter into the business market or if I wanted to go into more of a sports related job like physiotherapy. With this degree, it gives me the option to study both and then decide later on down the track as to where I feel that I could work best.”

We’d like to thank Charl for the work he has done in his community and wish him all the best for the upcoming hockey season and the remainder of his studies.