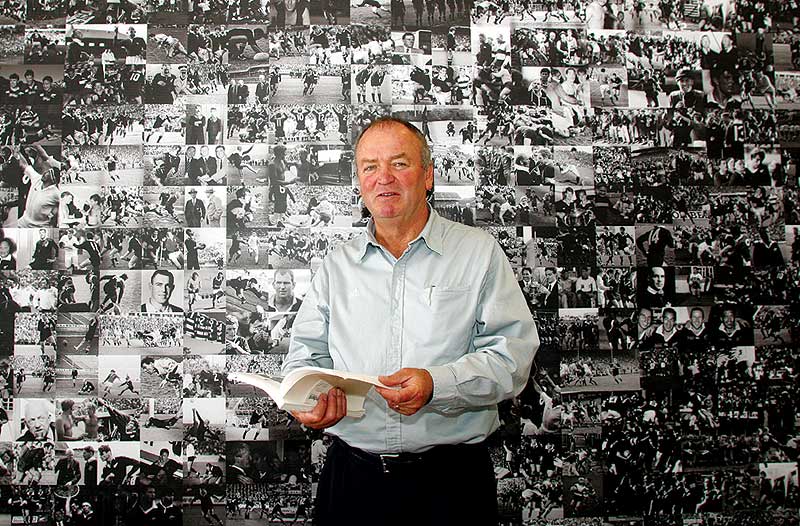 Amidst the hoopla and tension building up to the 2011 Rugby World Cup, All Blacks coach Graham Henry has part of his heart back in the classroom.

The former physical education teacher, high school principal and extramural graduate of Massey University, is well aware of the public expectations his high-profile coaching role holds, but is quick to stress it isn’t the most vital job on earth.

“Being a school teacher is much more important than being an All Black coach,” says Henry.

“You have a big responsibility in helping kids develop and you’re working with young minds. So I think it’s a very important job. I was involved for 25 years, and I loved it - I got a lot of personal satisfaction out of it.”

With a diploma in physical education behind him, Henry gained a Bachelor of Education degree through Massey University’s extramural programme in 1982, before being appointed deputy headmaster of Kelston Boys’ High School. He went on to fulfill the headmaster role for nine years.

Striving towards that degree over six years formed a work ethic that has benefited the sports teams Henry has since coached; he guided rugby and cricket teams every year he was in the teaching profession.

“I had to work exceptionally hard and balance my lifestyle to get through [the degree], having a young family, running a school hostel, in full teaching mode, coaching school teams and so on,” he says.

“Just to be able to fit it all together and get a good result at the end was pretty special. There are a lot of school teachers who have finished up as coaches around the world, and I think you learn about coaching people and educating people, which is pretty similar, and you learn how to get the best out of people. Some of the Massey information I got during that time assisted me in that process.

Finding the right balance, on and off the field, is a skill Henry believes the All Blacks should hone to become better players. He is a keen advocate of athletes pursuing an academic career while playing professional sport.

“He’s doing a couple of papers this semester and playing professional rugby, and I think that’s marvellous,” Henry says.“It’s a great balance - the pressures of rugby are alleviated by the pressures of his academic career, and vice versa. Those who pursue those things actually finish up better players.

“The universities are going out of their way to ensure international sports people, people who represent this country, get opportunities to do that. And they will bend the system to enable them to. They may sit exams overseas, they may have a longer course rather than a short course, or it may be that they do two papers instead of six a year.”

Henry is well aware that he is simply a cog in the greater All Black machine, and that it will take a united team effort for New Zealand to win the Rugby World Cup, for the first time in 24 years. So what is the team’s mental approach to the epic task at hand?

“You’ve got to have a philosophy that you employ during these times, certain strategies which you decide are the most important and concentrate on those,” he says.

“If you start looking for silver bullets you’re wasting your time - they don’t exist. I think we are lucky, we have a pretty experienced group of people - the management have been together for some time, over two World Cups. Our captain [Richie McCaw] has been captaining the All Blacks for six years and he has some very strong leadership amongst the players.

“I think it’s about understanding that there are certain strategies you’ve got to nail, don’t deviate from what you know, and always try to get better; always try to improve on what you did the year before. So if you can get a 15 percent improvement, that may keep you ahead of the rest of the pack and hopefully win the competition, in this case the World Cup.”

And if, or should that be when, the All Blacks hoist aloft the William Webb Ellis trophy in triumph come October, Henry promises to pay kudos to the role Massey University played in his personal success.