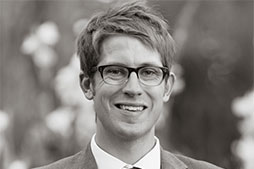 Andrew completed his Master of Arts degree in 2008 with a thesis titled "Popular geographies: Celebrating the nation in Canadian Geographic, Australian Geographic and New Zealand Geographic, 1995-2004". His research examined populist and academic discourses of geography and the social construction of banal nationalism as promoted in the three publications. After graduating, Andrew moved into secondary school teaching where he specialises in history and geography. Outside the classroom he is a very keen runner and enjoys reading about history. He is editor of his school’s magazine and teacher in charge of triathlon and multisport. Andrew loves the opportunity to have a positive impact on his students - both in encouraging success as well as promoting citizenship.

He has not ruled out returning to academia in the future – there is a nagging desire to complete a PhD - however at present he is enjoying his chosen pathway in education. In the near future he plans to travel with his wife and experience working in an international context, ideally in Asia (preferably Singapore) where he hopes to work in an international expatriate school.