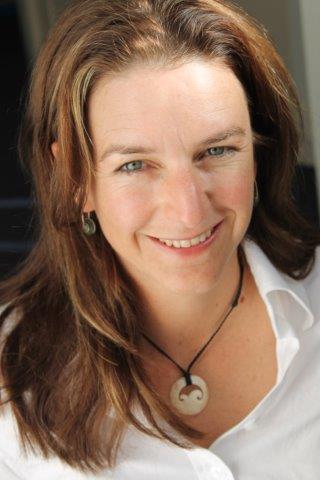 I was granted two SYLFF awards, one in 1997 which took me to Canada as a postgraduate visiting scholar at the University of Waterloo in Ontario during 1998. I studied under international experts in complex systems thinking and applied this cutting edge theory to three freshwater ecosystem case studies in Canada where the “ecosystem approach” was being applied. The second Ryōichi Sasakawa award (granted from 2000 to 2002) sustained me through most my doctoral studies at Massey University, from 1999 to 2003. My PhD was on cross-cultural understanding for environmental practice. The Fellowship Fund enabled me to travel to Toronto (Canada) in 2000 to present at the International Society for Systems Sciences conference, and to Dubrovnik (Croatia) in 2002 to present at the UN Conference on Sustainable Development of Energy, Water and Environment.

Following my PhD I worked on a number of different contract jobs from 2004 to 2006, including a role as New Zealand Co-coordinator and Traveling Professor of Ecology and Comparative Conservation Practices for the International Honors Program – an American study-abroad program then affiliated with Boston University in the States. I worked on the “Rethinking Globalization” and “Indigenous Perspectives” programmes in México, the States, Tanzania, India, and also in New Zealand.

From 2007 to 2008 I worked at the Centre of Economics and Ethics for Environment and Development (C3ED) at the University of Versailles in France. During that post-doctorate tenure I was involved in a variety of European Commission sponsored sustainable development projects across Europe.

From 2009 to early 2016, I was at the University of Auckland. I worked as Research Development Manager of Transforming Cities: Innovations for Sustainable Futures. This was an urban research unit that supported interdisciplinary research projects in research partnerships with central and local government, community groups and other research institutes – nationally and internationally. In addition to this position, I was a Research Fellow in the School of Architecture and Planning and led an art-science research project called ‘fluid city’ which sought to communicate urban water resource issues and challenges through public performance (involving scientists, an architect, choreographer and dancers).

At time of writing (late 2016) I am a Social Scientist in the Coastal and Freshwater Group at the Cawthron Institute (New Zealand’s oldest private research institute) in Nelson. I am working on the Sustainable Seas national science challenge which is tasked with helping New Zealand implement Ecosystem Based Management in the marine environment. The research that I am involved in aims to understand how people’s interests and concerns are currently being considered in resource management decision-making processes that affect the marine environment, and to recommend ways to improve this. What I learnt during my time at the University of Waterloo in Canada, supported by the Ryōichi Sasakawa Young Leaders’ Fellowship Fund, is now informing work that is central to my current position and involvement in the Sustainable Seas national science challenge.

I have published articles and book chapters and have presented at numerous international conferences – most recently at an international symposium at the University of Girona in Spain (May 2015) which contributed to me writing a chapter in a book that was published in the middle of this year. I am a Board Member of the Association for the Study of Literature, Environment and Culture – Australia and New Zealand Chapter (ASLEC-ANZ), and am Research Fellow Sustainability with Intercreate.org (an international network working on projects that integrate art, science, culture and technology). Awards I have received since my Ryōichi Sasakawa fellowships include: a Network for Ecosystem Sustainability and Health (NESH) grant for travel (2002); ‘Spirit Award’ at the International Society for Ecological Economics conference in Montréal, Canada (2004); and the Life, Earth and Environmental Sciences (LESC) travel grant (2008) for the Complex Systems and Changes: Water and Life conference in Sicily, Italy, supported by the LESC Standing Committee of the European Science Foundation, a secretariat for COST (European Cooperation in Science and Technology).