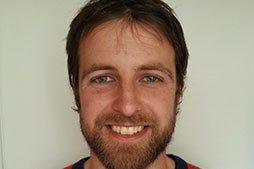 Born to a ‘pirate father and a saint of a mother’ Dan spent five years sailing the world on his family yacht. Since then he has been guided by a passion for travel, exploring the world and connecting with different peoples and cultures.

After graduating college Dan spent two and a half years working and travelling in Europe, the Caribbean, the United States and West Africa. After completing his undergraduate degree in Development Studies at Victoria University he worked and saved in Japan for a year and a half followed by two years of voluntary work and internships with several local NGOs in Central and South America. These experiences led to a shift in focus from the ‘what’ of development (the thematic area e.g. water, housing, education), to the ‘how’ of development (the processes that guide development initiatives e.g. participatory, bottom-up, top-down), and finally to a focus on the ‘why’ of development (the visions, aspirations, values and beliefs guiding development actions and actors).

In post-graduate study in 2012 Dan continued to explore this new focus through SYLFF funded masters research with a local South American NGO. He focused on the conceptualisation and practice of ‘alternative development’ and its significance for development actors and initiatives. Alternative development is concerned with diversifying and reinterpreting the concept of development itself so that it more clearly reflects the values, beliefs and aspirations of the different peoples undertaking and experiencing it. Dan’s research points to the importance of alignment between different actor conceptions of development and the role of reflective practice, self-understanding, relationship building and dialogue for alternative development practice. These are all areas of interest that he plans to explore and develop further in his future career.