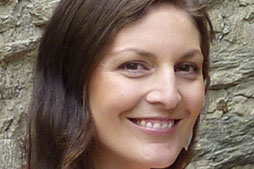 Diana holds a BA in Psychology and Political Studies, and an MA in Political Studies from the University of Otago. She was invited to present her thesis, “Human Rights During Argentina's Military Rule: The Politics of Forced Disappearances”, at the New Zealand Political Studies Association conference, and at the Second Global International Studies Conference, at the University of Ljubljana in Slovenia. Diana has a strong interest in international relations and multilateral engagement, and was involved in the United Nations Youth Association of New Zealand, including being a founding member of the Otago branch. She was also selected to represent New Zealand at the 44th United Nations Graduate Study Programme in Geneva.

In 2007 Diana joined the New Zealand Customs Service as a Policy Analyst where she worked in the Border and Revenue, International Relations, and Trade Facilitation and Compliance divisions. She was part of a small team that supported the Comptroller of Customs during his campaign and election as Chairperson of the World Customs Organisation, his two re-elections, and his work programme during this time. She has been in charge of major multilateral relationships and represented Customs at many international events including at the World Customs Organisation, APEC, and in several multilateral and bilateral meetings. In 2009 she was selected to represent Customs at the Kokoda Young Leaders Strategic Forum in Australia.

In 2011 Diana was seconded to the Cabinet Office in the New Zealand Department of the Prime Minister and Cabinet where she was responsible for managing several Cabinet Committees. One of the highlights of her time there was to be selected to travel with the Secretary of the Cabinet to service a Cabinet meeting in Christchurch. This was the first time in 16 years that Cabinet had met outside of Wellington.

In March 2013 Diana was promoted to Senior Policy Analyst at Customs, and in August 2013 began a new role as a Foreign Policy Officer in the Australia Division at the Ministry of Foreign Affairs and Trade.