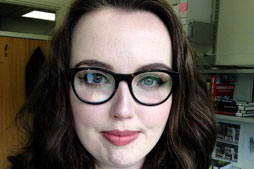 Hayley began her tertiary study at the University of Canterbury in 2011, taking courses in Anthropology and Art History, but after a year of study in a shaky city she decided to move to Wellington to continue studying Anthropology and begin Criminology.

Upon realising the very critical nature of Criminology at Victoria University, Hayley knew she had found her field. She completed her BA in Criminology and Cultural Anthropology at the end of 2013 and went on to compete a Summer Research Scholarship assisting on a project on the abuse of children in state care from the 1960s to 1990s. In the beginning of 2014 Hayley began her honours year, and graduated with First Class Honours and the John Robson Prize in Criminology. Much of Hayley’s honours work focused on issues of human rights, neo-colonialism, and drug policy.

Hayley began her Masters degree in late 2015, and her research is exploring the crime prevention potential of drug law reform in Aotearoa New Zealand. While drug law reform, particularly elements of decriminalisation, have been well established as a harm reduction strategy, there has been relatively little consideration given to the crime prevention potential of reform. As such, Hayley’s research will be expanding the harm reduction framework to explore the crime prevention potential of drug law reform in New Zealand, particularly the implementation of a mandatory cautioning scheme for all personal use and possession of drugs as recommended by the Law Commission in 2011. By interviewing key stakeholders, the research will further explore the perceived wider benefits for communities and individuals of the implementation of a cautioning scheme, potential negative outcomes of a cautioning scheme and importantly, barriers to implementing drug law reform.

Hayley’s research is seeking to contribute to drug law reform debate by 2017/2018 when the government, as outlined in their National Drug Policy 2015-2020 report, plans to “Develop options for further minimising harm in relation to the offence and penalty regime for personal possession within the Misuse of Drugs Act 1975. To complete this research Hayley also holds the Anstiss Garland Charitable Trust Postgraduate Scholarship in Criminology and the C. Wright Mills Scholarship in Criminology.