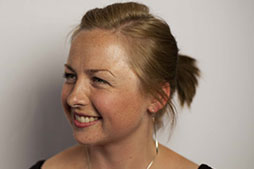 Holly has won plaudits in all forms of music direction from opera, ballet and family concerts to full scale symphonic programmes. She has worked with many of the UK's leading orchestras and opera houses, including the London Symphony, BBC Concert, Royal Philharmonic, City of Birmingham, Ulster, BBCNow, London Philharmonic, Scottish Chamber and Salomon orchestras, the Southbank Sinfonia, Red Note Ensemble, and Scottish Ballet. She had her North American debut in 2016 with the Illinois Philharmonic, and in 2018 debuted with Symphony Nova Scotia in Canada. She is regularly invited as a guest teacher, examiner and conductor to the UK's top conservatoires and universities.

Summer 2018 saw the inaugural tour of the innovative Nevis Ensemble, which is founded on the maxim that "music is for everyone, everywhere", and aims to take music out of the concert hall, and into isolated communities. The orchestra undertook over 70 concerts in a period of two weeks, travelling throughout Scotland.

Toward the beginning of her conducting career Holly was chosen as one of four young conductors from around the world to participate in the Interaktion Dirigentenwerkstatt des Kritischen Orchesters with players from the Berlin Philharmonic and other top-tiered German orchestras. She enjoyed a critically acclaimed London debut with Opera Holland Park as part of the 2015 Christine Collins Young Artist Programme, and was a conducting fellow at Dartington International Summer School in 2013.

She has worked with, and learned at the side of, many esteemed conductors and counts the following among her mentors: Marin Alsop, Esa-Pekka Salonen, Christoph von Dohnányi, Peter Oundjian, Donald Runnicles, Thomas Søndergård, and Garry Walker.

Holly is based in Glasgow where she previously held the prestigious Leverhulme Fellowship at the Royal Conservatoire of Scotland. In 2016, Holly was named one of New Zealand's Top 50 Women of Achievement.