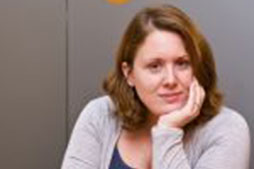 Jaimee Stuart received her Ph.D. and MSc in Cross-cultural Psychology from Victoria University of Wellington, and her BA in Psychology from the University of Canterbury. After completion of her studies Jaimee worked as a research fellow at the University of Auckland in the Centre for Longitudinal Research, and now she holds a position in the Roy McKenzies Family Centre at Victoria University of Wellington. Jaimee is also an adjunct fellow of the Centre for Applied Cross-cultural Research, and has her own consulting business that specialises in intercultural training and research.

Jaimee's research broadly spans the areas of cultural psychology, youth development, acculturation and family dynamics. She is particularly interested in applied statistical methods, is proficient in both qualitative and quantitative methodologies, and is an advocate for mixed methods research design. Longitudinal data modelling is a particular interest, especially with regard to examining developmental trajectories for young people.

Jaimee also received a Sylff Leadership Initiative award to run a workshop "Bullying: Identifying effective prevention and intervention strategies" as part of the Australasian Human Development Association conference in Wellington in July 2015. A report on this will be posted soon after the event.