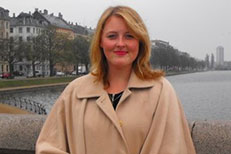 Mahina is interested in the intersection of societal values with environmental issues. She found it particularly rewarding to be able to spend more time with her iwi and to honour their collective knowledge base through her Masters research which involved developing a framework for analysing the risk of genetically modified organisms based on the values held by the iwi.

Having a research background has allowed Mahina to be involved in a range of projects simultaneously since completing her Masters but a strong theme of all her work has been developing models for working cross-culturally on environmental risk issues.

Mahina also has a passion for food and has worked in the agricultural sector, firstly on biosecurity risk analysis for the government, and later with organizations in the organics industry. One of the projects she is most proud to have been a part of was the development of a new indigenous organic food certification system, looking at ‘what makes food organic from indigenous perspectives’.

In 2011 Mahina left Aotearoa for a job in Copenhagen, Denmark, working for a socio-economic bike enterprise that runs a business recycling bikes in Copenhagen to fund a project which sends bikes to East Africa. She also volunteered for a project that uses surplus food from supermarkets to supply a non-profit restaurant in Copenhagen. In 2014 Mahina returned to Aotearoa and works now as an iwi environmental consultant. She is considering enrolling in a PhD as part of an exciting national research project.