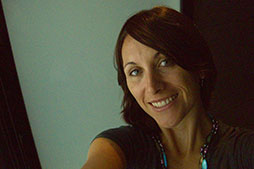 Following undergraduate studies in psychology, philosophy, and economics, Seini took a break from the academic world and worked as a policy consultant - a role in which she had the opportunity to travel internationally and tackle challenges in delivering basic services in developing countries. Outside of work, she volunteered with Wellington refugee and migrant services as an ESOL tutor and job mentor, and later became a phone counsellor at Youthline.

In 2010, Seini completed a Masters in Cross Cultural Psychology. Her thesis brought together several areas of personal interest - youth development, cultural differences, and community engagement - and used robust statistical analyses to show positive psychological advantages to young people who were engaged in extra-curricular activities outside of school. Under a partnership agreement with Victoria University of Wellington, Seini was able to undertake half of her Masters studies at the University of Hawai’i, where she became a student affiliate of the East West Centre and supplemented her degree with courses in Pacific Island Studies and Community Psychology.

After graduating, Seini worked with the Pacific Institute of Public Policy on a study on the social and economic impacts of expanding cell phone use in Vanuatu, then moved to Suva to take on a role as the Pacific Plan/Regionalism Adviser at the Pacific Islands Forum Secretariat. Although her focus there was on the regional—rather than individual—level of development, understanding and bridging cross-cultural differences continued to be an important theme. Despite its challenges, her job also presented many opportunities for new learning and leadership development.

Most recently, Seini has moved to a somewhat larger capital city—Washington D.C.—and will be commencing a PhD in Counseling Psychology at the University of Maryland, College Park. Her areas of interest lie in the intersections of individual counselling with broader social issues, including social justice, cross-cultural communication, and removing implicit barriers to service access.