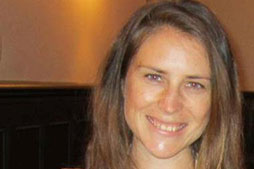 Tess began her university degree at Victoria University of Wellington studying psychology and music with the aim of becoming a psychologist but moved very quickly towards the field of criminology. In 2006 she graduated with a BA Hons (first class) and was awarded the John Robson Prize in Criminology.

In 2009 Tess graduated with a Masters, with a thesis entitled “The power of Penal Populism: Public Influence on Sentencing and Penal Policy from 1999 to 2008’ then spent the following year as a researcher on a number of projects at Victoria University of Wellington, as well as a project run by Pukeko Research Ltd and Pillers New Zealand on Children of Prisoners.

Tess moved to Melbourne in 2010 and works now as a researcher at Monash University in the Criminal Justice Research Consortium (CJRC) on several ARC Linkage projects. She has also tutored within the criminology department at Monash. With a special interest in how the criminal justice system affects children and families, Tess is, at time of writing (2013), researching the impact of incarceration on children’s care.

She also volunteers for SHINE for Kids in Victoria, and the Mirabel Foundation, and is a member and volunteer of Lord Somers Camp and Powerhouse.

Tess is also passionate about the use of creative arts in prisons. She has been offered an internship with The Beat Within, an organisation in San Francisco that facilitates writing workshops in juvenile halls and adult prisons, and plans to travel there at the end of 2014 to gain some expertise on facilitating workshops in prisons, which she hopes to do herself at some stage. A writer and a keen blogger, Tess’ medium-term plans are also likely to include a PhD on the use of creative arts in prisons.