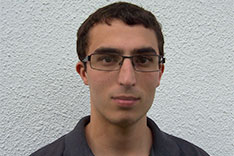 Thomas is broadly interested in the relationship between society and the environment, especially with regards to responses to environmental challenges. Having studied both fundamental science and social science at undergraduate level at Massey University, he is also interested in the role of science and technology in this relationship. Thomas is currently working on his Master’s degree in social anthropology at Massey University, looking at the use of mercury by artisanal gold miners in Antioquia, Colombia. Currently initiatives to reduce mercury use have been technologically focused, and have failed to lead to significant change. Most literature in the field has identified a lack of knowledge of miner’s social dynamics, backgrounds, and the ways they engage with new technologies. Thomas will be conducting ethnographic fieldwork in Antioquia later this year, contributing towards filling this gap in knowledge.

Prior to this, Thomas has worked on a project on the culture of household waste management in Palmerston North, and presented on this at the ASAA/NZ 2013 conference. He has also researched the scientific debates around, and regulatory approaches towards endocrine disrupting chemicals widely used in plastics in New Zealand. A paper based on this research is currently under review.

Outside of university Thomas takes every opportunity to go tramping, mountaineering or caving, and is a member of the Palmerston North Tramping and Mountaineering Club (PNTMC). He volunteers for the Oroua blue duck protection project. He also volunteers with the Manawatu Tenant’s Union (MTU), assisting in their support of tenants throughout the Manawatu. He has previously been involved with the Massey University Students Association (MUSA), as their welfare officer. Prior to starting University, Thomas spent two years working in Israel and the Shetland Islands of Scotland, and travelling in Europe, Russia, South and North America, and the Middle East. It was while travelling in Colombia that he got the urge to conduct further research there. Thomas is a born and bred Palmerston North boy.