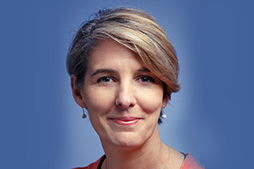 Trisia is a Senior Lecturer in Social Anthropology at Massey University. Her PhD thesis (completed in 2009), explored the relationship between culture and community-based development in the Boumā National Heritage Park in Fiji, was included on the Dean’s List for Exceptional Doctoral Research. In 2015, after teaching at Massey University for seven years, she was awarded a University medal for teaching excellence.

Trisia currently researches the politics involved in the full lifecycle of plastics.  She is part of the National Science Challenge (Sustainable Seas).  Since September 2017, she has been part of an expert taskforce for the United Nations Environmental Assembly process (Marine Litter and Microplastics).  Trisia also is a plastics ‘expert panellist and reviewer’ for the Prime Minister’s Chief Science Advisor and the Royal Society Te Apārangi.

Other roles include Co-director of Massey University’s Political Ecology Research Centre and co-founder and Trustee of the New Zealand Product Stewardship Council (NZPSC).  Most recently she has helped establish the newly-formed Aotearoa Plastic Pollution Alliance, a group of plastic pollution researchers based in Aotearoa.

Trisia chaired and co-organised the SYLFF LANS day held at Massey University (Albany campus) in 2017.  She was also selected to attend two SYLFF Leaders Workshops in Japan in 2017 and 2018, where the group discussed the role of state and non-state actors in transboundary policy formation.