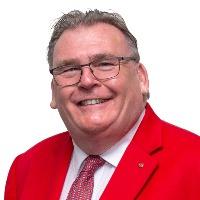 I was born and raised in Yorkshire. I  studied for my first degree and Doctorate in Birmingham. My Ph.D. examined how local authority chief executives (mis)managed change. In 1994 I joined the University of Luton where I researched and lectured in public sector management. There I was fortunate enough to be the lead country investigator for Ireland in the pan-national UDiTE Leadership Study. I  researched and presented on public sector management in a number of European countries. I  worked on two major collaborative projects with Russian Universities and was appointed as a Visiting Professor of Public Management at the Urals Academy of Public Administration in Ekaterinburg.

I  left Luton in 2000 to join a major international organisation to engage in a major change management project, joining Massey in May 2005.  My research interests are in the areas of public sector organisations – specifically New Zealand local governance and politics. My current research interests lie in the changing leadership  roles of both local government mayors and chief executives in New Zealand and the debate surrounding the future role of local government. I welcome enquiries from potential PhD students interested in these areas of research.

I continue to present at both major national and international conferences, as well as being a frequent commentator in the media on local governance issues. I am the only New Zealand based academic/practittioner who is an Associate in the Australian Centre of Excellence in Local Governance at the University of Technology, Sydney.

In 2011 was appointed as a  Visiting Professor of Public Management in Russia at both Moscow Higher School of Economics and at the Kazan Federal University.

In 2020 I was honoured to be made a Fellow of the Royal Society for the Encouragement of Arts, Manufactures and Commerce (FRSA).

I am a passionate, long suffering supporter of Barnsley Football Club.

A professional Yorkshireman with a passion about the public/state sector with an emphasis on local body governance and politcs in New Zealand.

State/public sector management with an emphasis on local body governance and politics in New Zealand.