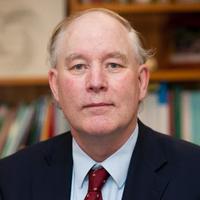 Professor Moughan was appointed to the foundation chair in monogastric biology at Massey University in 1993 and his research has encompassed the fields of human and animal nutrition, food chemistry, functional foods, mammalian growth biology and digestive physiology.  He has published in excess of 350 scientific works.  In 1995 he was awarded Doctor of Science and in 1997 was awarded a Personal Chair at Massey University and was elected a Fellow of the Royal Society of New Zealand.  He is a Fellow of the Royal Society of Chemistry, Cambridge, England.  In 2011 he was appointed Chair of the FAO Expert Consultation to review recommendations on the characterisation of dietary protein quality in humans.  He has received numerous prestigious international awards for his work, including the Prime Minister’s Science Prize in 2012.  Professor Moughan sits on a number of editorial boards for scientific journals and is an adviser to the international food industry. He is a non-executive Director of the Gardiner Foundation, Melbourne, Australia.

Paul James Moughan, FRSNZ, Distinguished Professor, Massey University, is a NZ scientist with an exceptional international profile.  He is a prolific publisher of world-class science in the fields of animal and human nutrition and food chemistry.  His work is widely acknowledged as being at the forefront of thinking and his accomplishments have been recognised by numerous honours and awards.

Professor Moughan has been an advisor to many high-level government, science and industry bodies, both in New Zealand and overseas.  He is an outstanding communicator of science at all levels providing leadership of the highest order within the international agrifood sector.

As we age we lose muscle mass and function, and many older people find that muscle weakness limits their ability to stay physically mobile and remain independent. Protein and the amino acid leucine are the major nutrients required for muscle maintenance, and in this project we will research how to combine proteins together to improve digestibility and protein uptake for older people. Using this research, we will develop scientifically validated high-protein foods that help to support muscle maintenance in seniors while also meeting their flavour and texture preferences. Many countries, especially in New Zealand's major export markets in East Asia, are faced with ageing populations and skyrocketing healthcare costs. The high-protein muscle maintenance foods that we develop will be targeted towards seniors in China, and will contribute to improving the wellbeing of older Chinese as well as providing substantial export revenue to a New Zealand food manufacturer.
Read Project Description Hide Project Description

A Study of 400 Kaumatua/Older Maori confirmed that kuia and koraua are significant users of health services and medication. This research project will detail and examine the medication taking practice behaviours, characteristics, influences, indicators, experiences and understandings of up to 40 kaumatua, their management and regulation of medication as well as exploring the relationship with other determinants such as personal factors, health provider/service awareness and illness perception, as well as quality of life. The development of a Maori specific, culturally appropriate medication management audit tool will be undertaken and applied based on previous validated measurement and audit tools from current 'gold-standard' international studies. Potential health outcomes are more appropriate, specific and sensitive health services to improve safe and effective use of medicines based on actual patients' needs and beliefs.
Read Project Description Hide Project Description