Members of the Massey Business School Advisory Board

Massey Business School acknowledges the significant contribution of these former Board members: 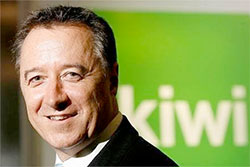 Paul Brock was the Kiwibank Group Chief Executive from 2010-2017 and Co-Founder in 2002. Kiwibank is one of New Zealand’s fastest growing and most successful new businesses.

Simon established a company importing, manufacturing and distributing table tennis equipment at a young age in 1975. In 1986, it moved into the importation of field hockey protective equipment and in 1990 began the design and manufacture of its own range of hockey protective equipment. The range was launched under the OBO brand in 1994. and within four years, had become a world leader in this area.

OBO products are now sold in over 76 countries including: Australia, Great Britain, USA, South Africa, Argentina, Japan, the Netherlands and Germany, with a global market share in excess of 60%. The company celebrates curiosity, creativity and innovation and achieves competitive advantage by careful attention to design, branding, innovative marketing and production techniques, and importantly, a business approach that places design as its core business driver. Simon was appointed to the Advisory Board in August 2017. 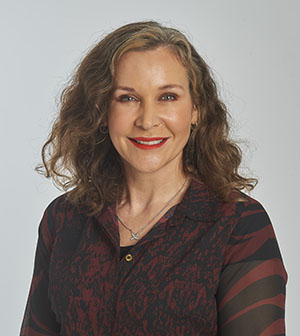 Anna Campbell was appointed to the Advisory Board in 2013. She is currently the Chief People and Transformation Officer for Mitre 10. Previously she ran a consultancy practice supporting clients to create strategy with a focus on customer experience, culture and leadership development. Anna has held contracting and permanent executive roles at Sky Television, ASB, FAB Group and The Warehouse Group in customer, people, strategy, transformation and CEO capacity.

Passionate about the future of New Zealand, Anna advocates that all businesses should play a critical role in social change. With a particular focus on reducing domestic violence in New Zealand Anna is a White Ribbon Ambassador, keynote speaker, and regularly fronts the media about the role businesses can play to create positive social change. Fiona Cassidy, LPRINZ, APR is the Chair of Public Relations Institute of New Zealand (PRINZ) and a former President. She is also actively involved in the Community Communications Collective which provides volunteer services to Not For Profits. With over 25 years in communications and public relations Fiona is recognised as one of New Zealand’s senior communications professionals. Fiona is committed to the ongoing professional development of PR professionals and is actively involved as a mentor, guest lecturer and Board member on University and Industry Boards. Her tribal affiliations are Ngati Kuri, Te Aupouri and TeArawa. Tim Edwards was appointed as a member to the Massey Business School Advisory Board in February 2018. Tim is currently CEO of Noel Leeming Group, New Zealand’s leading appliance retailer, originally commencing as COO in 2009 and has been leading the business as CEO since 2013. An expert in both brand innovation and business growth, Tim has successfully grown retail businesses in Australia and Asia, including as Managing Director of Space Furniture and in various roles at Harvey Norman. Tim looks forward to continuing to provide advisory services that contribute to the success of the education sector within New Zealand. 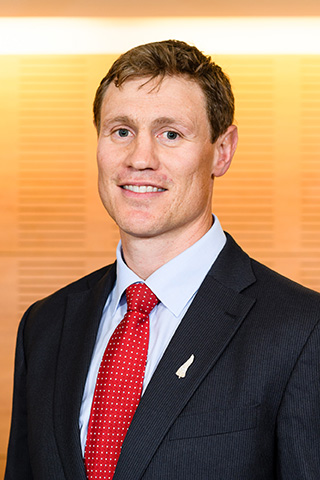 Mat is a farmer who farms a fourth generation farm near Palmerston North. He has worked in Brussels on EU policy and in Sydney for an Australian Federal Government agency. Mat holds Board positions in a number of organisations focussing on innovation and agriculture. He was awarded the RaboBank Emerging Leader award in 2019. He completed a Nuffield international scholarship in 2018 focussing on innovation in agriculture. A Massey graduate, Ruma Karaitiana has maintained an active involvement in education with part-time teaching and governance roles in the tertiary and compulsory education sectors. He has held CEO roles in Industry Training, FMCG, Economic Development and the health sector. He has also had a lifetime involvement with community and Iwi groups as well as a wide range of governance positions. An experienced company director, Ruma currently chairs the commercial arm of his iwi post settlement as well as holding positions on another five boards. 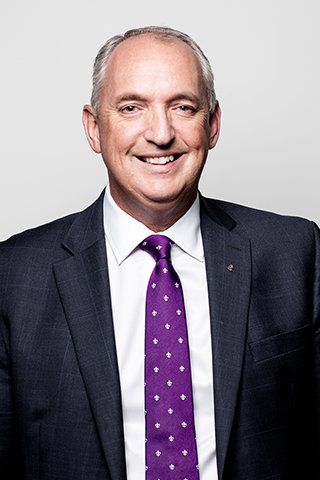 Debbie Pattullo’s career has been primarily with Toyota NZ (based at times in Wellington, Auckland and Palmerston North) in a variety of roles. This dynamic industry has provided Debbie with a lot of opportunities including rotations through sales and marketing to human resources and people development and now heading up a new customer division. She was the first woman to be appointed to the Toyota NZ executive team in 2017 where she drove a new focus on talent and leadership development. Debbie is working to encourage more women into senior leadership roles. 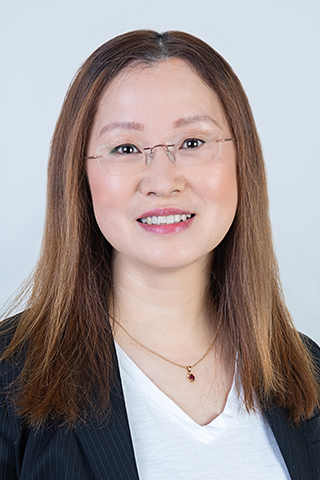 Yi Ping Ge has been advising and assisting Gilligan Sheppard's clients on a range of business challenges for two decades. Her strengths include pragmatically approaching all business compliance issues, ownership structures, wealth protection and intergenerational transitions and mergers & acquisitions. International tax planning and issues that concern immigrants from China are her favourite topics. Above all, clients value Yi Ping’s connectivity and broad networks within New Zealand and China’s business environments. Her thinking is that business will not find you while you are sitting at home, you will find business if you go out and seek it. All fish should swim out of their small pond from time to time and find ways to become bigger fish or to survive better in that small pond. Vicki Stewart is an Owner Director of Mitre 10 MEGA Palmerston North, a Director of Globelink Ltd and several other Companies including The Factory and Manawatu Investment Group.

Innovate is a successful program run by the Factory. It offers entrepreneurs access to the skills, networks and funding they need to succeed. Vicki has been a Judge and mentor of the Innovate program and is now Director of one of its start-up businesses, Rollerblaster. Bridget Unsworth was Investment Director at New Zealand Venture Investment Fund where she was for the last nine years and was involved in implementing the review of the investment programme for SCIF and the investment activity across the fund. Since leaving NZVIF, she has taken up a number of contract roles, including for the Angel Association New Zealand. She is currently on the board of TracPlus Global, a real-time asset tracking solutions provider.