The New Zealand Centre for Precision Agriculture has world-leading equipment and facilities, including the only Fenix outside of the UK and Europe. As part of the "Pioneering to Precision" PGP project with Ravensdown and the Ministry for Primary Industries, Massey University purchased a Fenix Hyperspectral Imaging System (Fenix). This is the only Fenix owned outside of the UK and Europe.

Flown in a fixed-wing aircraft, the Fenix obtains images from over 450 wave bands including visible, near, short and infra-red. These form maps of nutrient content and concentration, pasture quality and areas of poor drainage, can identify species and cultivars and is used internationally to determine water quality and algae detection.

The Fenix can cover large areas in short periods and enables surveys of previously-inaccessible areas. 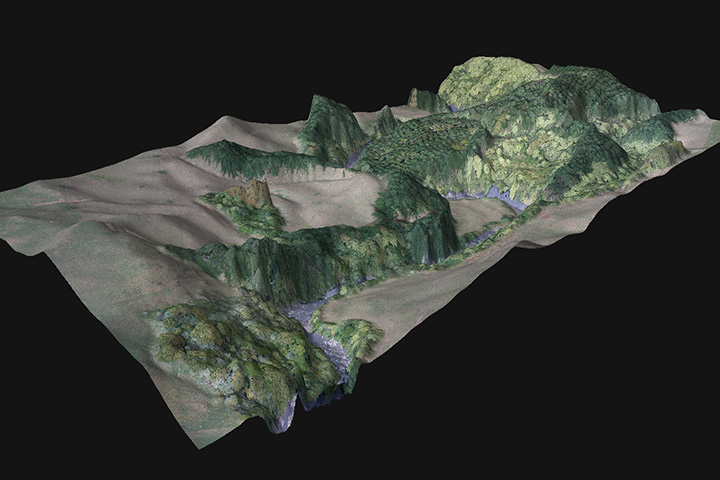 The Trimble fixed-wing UX5 is launched via slingshot off a rail and flies on an automated flight path (set by the user). It takes visible or near-infrared photos which are knitted together to create a mosaic of the sampled area. When the flight is completed, the UX5 will land automatically once the cue from the pilot is given.

The UX5 is most useful for obtaining clear, accurate images and contours of an area, and for generating 3D imagery. It also provides a very accurate Digital Terrain Model (DTM) of the area. The camera mounts inside the hull of the UX5 and take two photos per second.

Currently the NZCPA has a quadcopter and an octocopter in the fleet. They are equipped with GPS, altitude control, telemetry, position hold and waypoint flying. Both machines were purchased and assembled by Aerobot in Australia and they run the Mikrokopter flight systems, based in Germany.