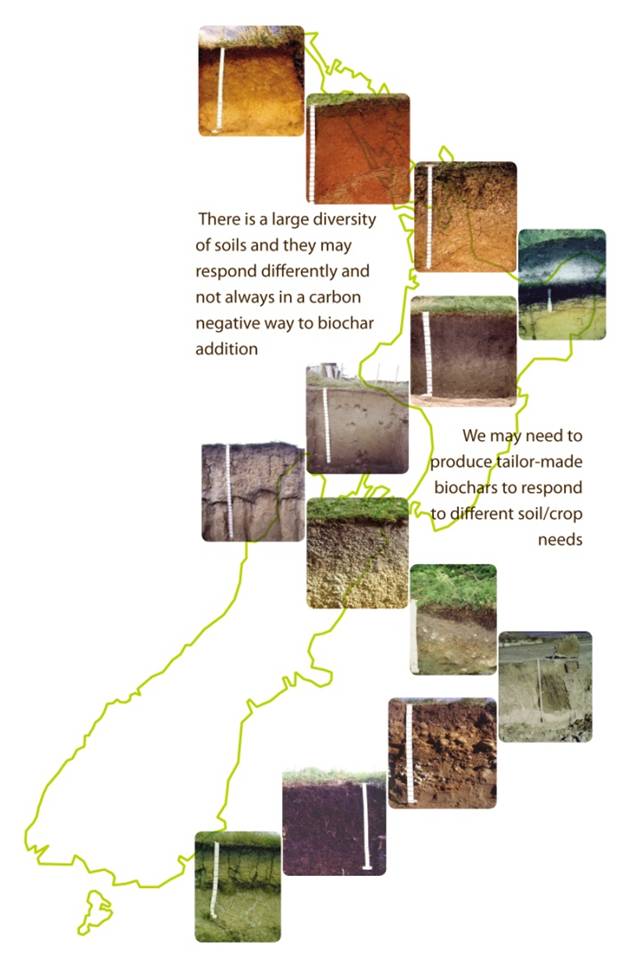 Biochar is a fine-grained charcoal high in organic carbon and largely resistant to decomposition. It is produced from the thermal decomposition of organic feedstocks – generally at relatively slow heating rates under oxygen limited conditions (slow pyrolysis) – although it may involve other techniques.

What are its benefits?

The total atmospheric  concentration of CO2 has increased markedly since 1750 as a result of human activities and now far exceeds preindustrial values. Given that carbon compounds present in biogeochemical compartments other than the atmosphere do not interfere with the global climate, any processes that can sequester carbon into these compartments are of fundamental relevance.

During pyrolysis there are three products produced: bio-oil, biogas and biochar. The ratios depend on process conditions. The bio-oil and the biogas can be used for bioenergy production if upgraded. Biochar could also be used for bioenergy (then it would be referred to as just “charcoal”) but the idea of biochar is to be added to soil.

The production of biochar via pyrolysis also yields bioenergy in the form of syn-gas and bio-oil.

Maximisation of biochar output is at the expense of bioenergy production. Factors favouring biochar formation vs. syn-gas and bio-oil formation are:

“Biochar is defined as charcoal (biomass that has been pyrolysed in a zero or low oxygen environment) for which, owing to its inherent properties, scientific consensus exists that application to soil at a specific site is expected to sustainably sequester carbon and concurrently improve soil functions (under current and future management), while avoiding short- and long-term detrimental effects to the wider environment, as well as human and animal health”.
European Commission 2009