Detailed, high resolution GPS survey has been deployed in the upper Motueka to assess three dimensional channel change within a laterally-constrained reach. This assists in assessing some of the consequences of management in naturally laterally active gravel-bed rivers.

Detailed ground survey measures surface topography of all river morphology: sub-aerial and sub-aqueous. Data generated in annual surveys between 2004-2010 were used to generate digital elevation models (DEMs) of river bed and active bar topography. Assessment of three dimensional changes is facilitated using DEMs of difference. Difference DEMs are constructed by subtracting the surface at time 2 from the surface at time 1. Areas of negative elevation change represent net loss of sediment, whilst areas of positive elevation change represent net sediment gain. DEMs of difference for the Three Beaches reach in the upper Motueka demonstrate a net loss of sediment:

DEMs of the active riverbed at Three Beaches, Motueka River. 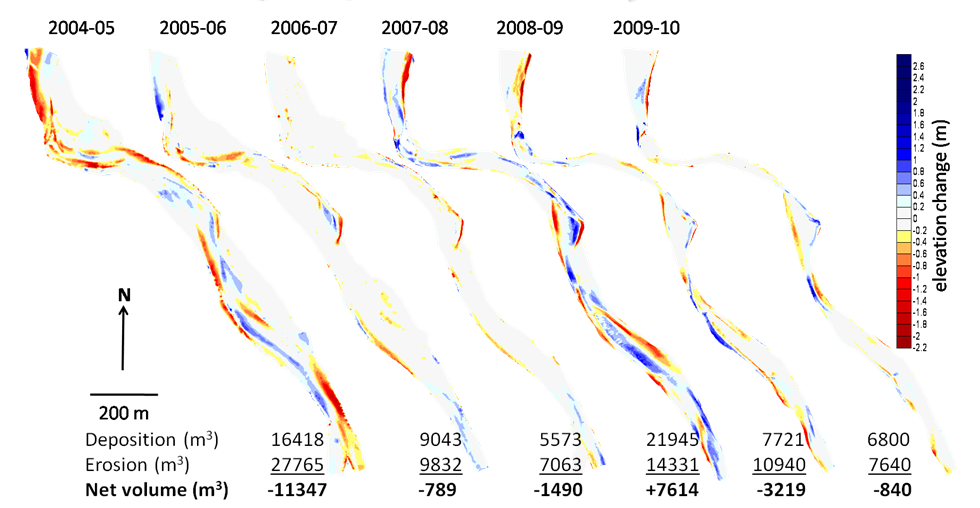 The Motueka active channel at Three Beaches has overall degraded its bed via scour between 2004-2010. This is a product of having constrained the channel laterally. Stream energy is focused on the mobile bed since banks are hardened by rock work or protected by willow planting. This net loss of bedload calibre sediment from the reach is exported to reaches downstream, where the effect is unquantified to date using the methodology described here, although Tasman District Council mean bed levels indicate a degradational trend is evident throughout the upper Motueka: 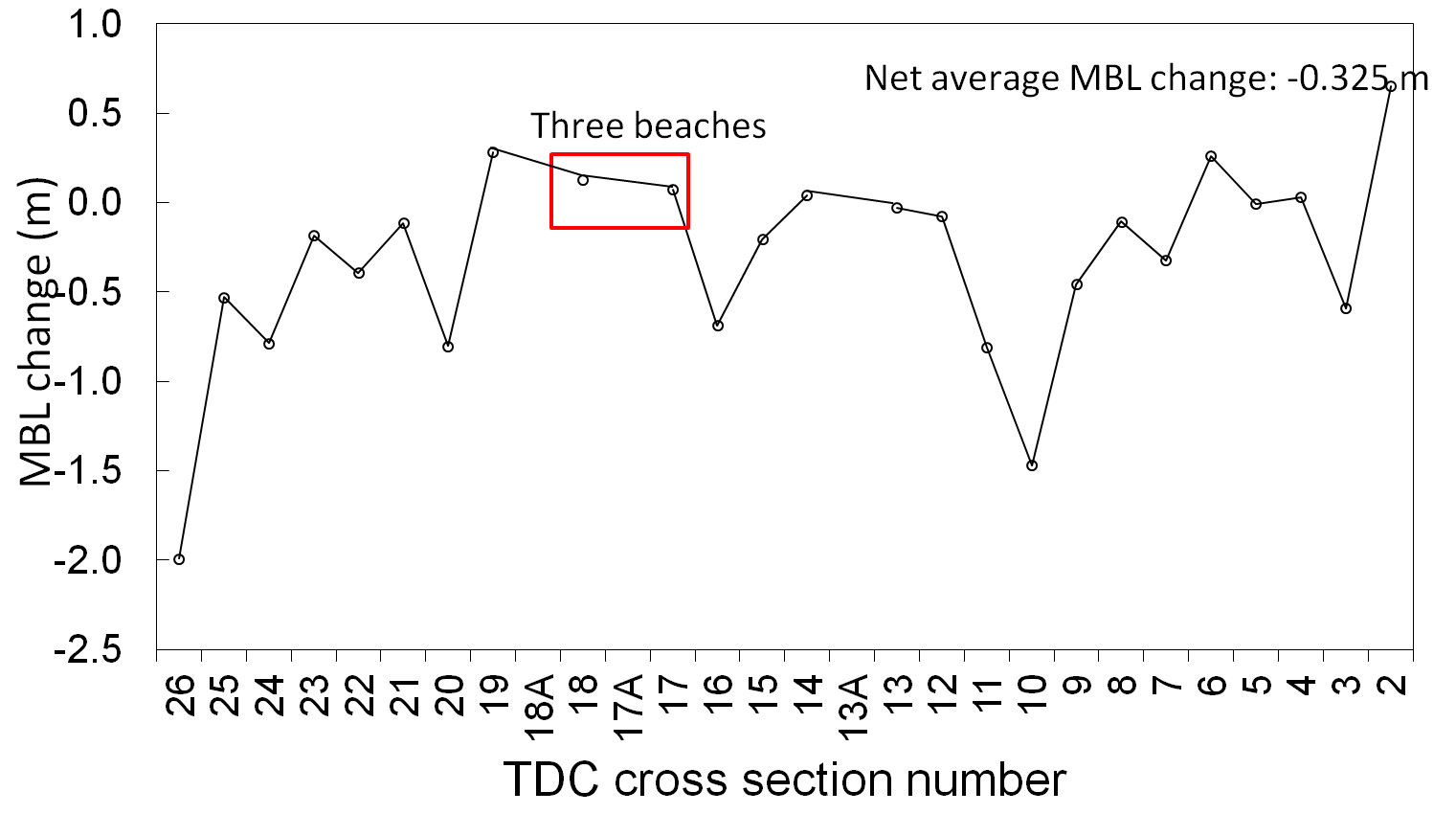 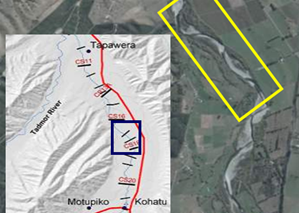 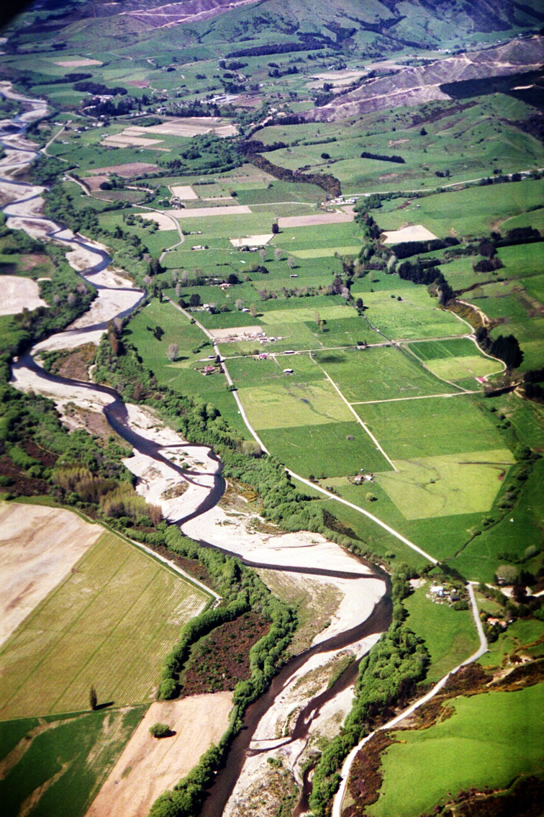 The upper Motueka has been laterally constrained by hard rock engineering and willow planting, though it remains laterally active within its restricted fairway.