There were six award categories in the inaugural Ngā Kupu Ora Māori Book Awards. Find out about the winners in each category below. 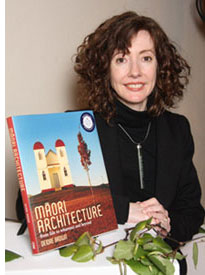 Brown, Deidre
Māori architecture: from fale to wharenui and beyond. Reed Publishers.

Lavishly illustrated with more than 130 photographs and artworks, this fascinating book looks at aspects of early Māori settlement within Aotearoa, and how Māori adopted, changed and applied Christian and Western influences, to design buildings with a distinctive Māori architectural flair.

Dr. Brown's research has been described as uncovering two divergent and irreconcilable strands in Māori architecture. One, advocated by Sir Apirana Ngata and Te Puea Herangi, based on the whare whakairo, (decorated house) requires specialist workers and a commitment to tribalism. The other, promoted by Ratana, Rua Kenana and other spiritual leaders, is based on biblical concepts and Western archetypes, and catering for pan-tribal Māori groups. Dr Brown concludes that while Sir Apirana Ngata focused on education and passing on knowledge, the philosophy Ratana followed was that as the future progresses, people would build in their own ways.

Dr Brown herself has described her approach to the subject is to employ a whakapapa, for buildings _ ``the idea that one building influences another building and then they might diverge and you get different siblings with different styles and purposes''.

The result is a book that is visually appealing, highly scholarly and unique. Dr Brown has proven that Māori architectural design was and continues to be inventive, creative and innovative in its application. 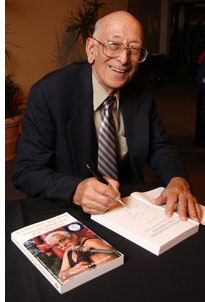 Professor Walker’s biography of the Late Dr Pakaariki Harrison has been described in the reviews as a fine exposition of the complex and layered knowledge of meaning that comprise the art of the tohunga whakairo.

Named as a living Icon Artist in 2005 by the Arts Foundation of New Zealand, Dr Harrison was responsible for the carving of many of the important North Island meeting houses over the last 20 years.

Professor Walker captures the impact that Dr Harrison had on master carving, through his artistic flair, intellectual rigour, sharing his knowledge about the symbolism of carving and its relationship with whakapapa resulting in the inspirational teaching and mentoring of carvers that worked with him. Professor Walker concludes that Dr Harrison re-elevated the art of master carving to its pre-colonial status as the pursuit of higher learning by tohunga whakairo.

Dr Harrison passed away at his home in Harataunga on 29 December 2008, his memory will however live on through the meeting houses he carved and this inspiring biography by Professor Walker. 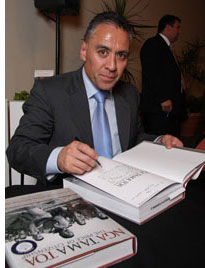 The feats of the Māori Battalion are legendary and have been well documented in the official histories. This book however presents the story of C Company 28 Māori Battalion veterans and their whānau and is constructed through the personal insights, eyewitness accounts and anecdotes, using official military accounts about the campaigns when deemed necessary. It was described in one review as reflecting the accounts of privates rather than that of officers.

This book presents the reality of the campaigns in the Western Desert, Crete and Italy through the eyes of those who were there. The impact of their stories has been complemented through the 1000 photographs, including a pictorial memory of almost every soldier that was a member of C Company.

This book is a precious reminder of the contribution that C Company made to the war effort and the ultimate sacrifice that was made by those that did not return. This powerful work will ensure that their sacrifice is not only acknowledged but that it is also not forgotten. 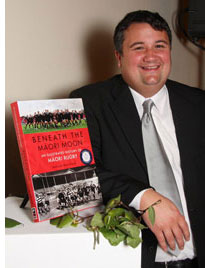 This highly acclaimed history of Māori rugby was dedicated to every player who wore a New Zealand Māori jersey and to every boy who dreams of representing his people in the sport of rugby.

The author, Malcolm Mulholland has captured what is the essence of Māori rugby, the notion of playing for the people and the whānau of players that have gone before.

The gems of this work have been listed as the reflections of former players relating their views and facts about games, incidents, near misses, dodgy referee's calls and financial hardship.

The other notable aspect of this work is the extensive focus on the relationship with South Africa and the exclusion of Māori from All Black tours up until 1970.

As a book that captures 'the songs, the joys, the battles, the teams, and always the pride of pulling on that black jersey', it is only fitting that it be awarded the Ngā Kupu Ora Sport and Recreation Award. 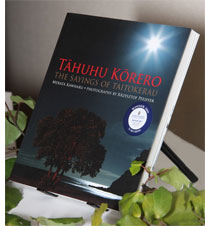 This bi-lingual volume commemorates the traditional sayings of the Tai Tokerau confederation of iwi, allowing Māori and Pākehā alike to understand and explore the landscape, the people and the iwi.

Beautifully illustrated through the photography of Krzysztof Pfeiffer which brings to life and contextualises more than 200 sayings in the form of whakatauaākī, tauparapara, pēpeha and waiata

Researched and written over a period of two years this important work has been produced to entice rangatahi with Northern connections to embrace the richness of their ancestry and to celebrate the beauty of te reo Māori, Tai Tokerau style.

Book of the Decade Award Winner Professor Te Awekotuku and her co-authors have presented a scholarly and informative text that covers ta moko from its origins through to contemporary applications of its art. Extensively illustrated with photography and artwork, Mau Moko adds visual appeal to its many other attributes.

An important aspect of this book’s appeal is the high level of research that contributed to its creation. This extended to the use of historical manuscripts, pictorial archives and oral sources including interviewing 80 moko wearers and 13 ta moko artists.

This is an important work that has assisted in the demystification of the ancient art of Māori tattooing, which was a very worthy winner of the Lifestyle and Contemporary Culture Award at the 2008 Montana Book Awards and a highly acclaimed winner of the Ngā Kupu Ora Māori Book of the Decade Award.