Watch a video overview of Te Pae Roa 2040 above Some of the biggest names in Māoridom gathered at Massey’s Albany campus to reflect on the past 30 years of Māori development and set a course for the future.

See presentations and listen to audio recordings of keynote speakers and panellists from the day. At the conference dinnar, the Pae Roa 2040 award was presented to former Māori Affairs Minister Dr Koro Wetere for spearheading a new era of Māori development.

Find out more about this award. 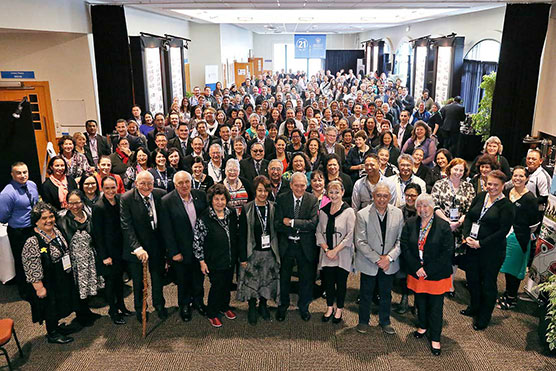 A call for Māori to move towards greater inclusiveness, a shared vision and to extend alliances nationally and globally concluded the national hui.

See presentations and listen to audio recordings of keynote speakers and panellists from the day. 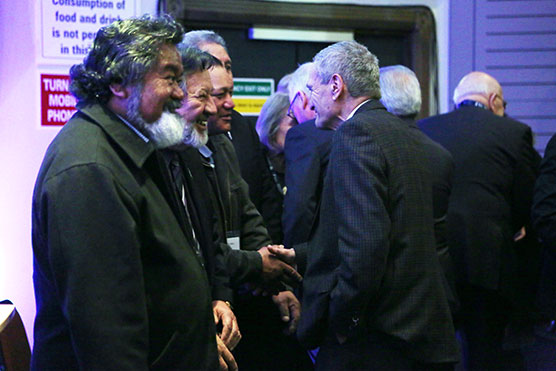 View the presentation and listen to an audio recording of Professor Emeritus Sir Mason Durie presenting the conference closing summary. Listen to a special broadcast from Radio Waatea and extensive coverage from Radio New Zealand programmes. 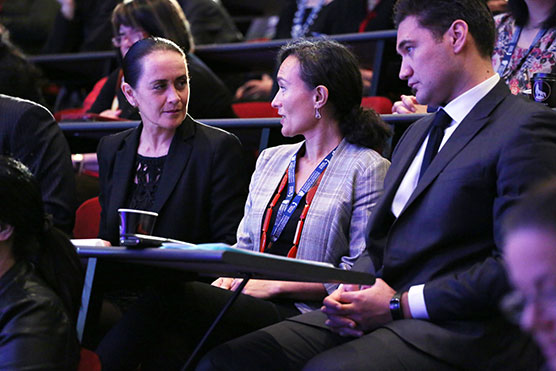 You can view the Te Pae Roa photo album on Facebook. If you were at the hui, please tag yourself on photos you appear in.