Five candidates lined up for the bilingual debate, held on Massey’s Wellington campus, and while all came with passion for te reo, it was New Zealand First candidate Pita Parone who faced some hard questions over his party’s commitment. Mr Parone denied the recent attack by New Zealand First leader Winston Peters on Māori Party co-leader Te Ururoa Flavell for speaking te reo in Parliament reflected a lack of commitment to the language.

“No, we’ve got to remember that the House is a place of theatre and Winston is one of the most experienced people in there and he knows how to get under the Minister’s skin.”

The debate quickly turned to the issue of compulsion. Green candidate Jack McDonald told the crowd the Greens were the only party bold enough to drive the kaupapa of universal te reo in schools and he said it would be one of the key priorities going into the election and in post-election negotiations as well.

“When we released our plans early this year we were expecting the division and blow back that you get from announcing a compulsory te reo Māori subject, but actually we were overwhelmed by the massive positive support, particularly from Pākehā.”

But National MP Jo Hayes said the country was not ready for compulsion. “If we make it compulsory people will push back and we can’t afford that. I think that people have to be motivated to want to speak te reo Māori and to have it taught to their children in schools.”

“We’re committed but there’s no way in hell we’re going to have enough teachers to deliver that tomorrow. “

Mr Flavell said New Zealand needs a range of initiatives that support te reo becoming a natural part of “being of this land and of this place”.

“I was one, who in the past, said everyone learn te reo – if you’re not there, get off the bus and go somewhere else. I’ve actually changed my attitude now. We’ve got to take the whole country with us.”

Labour MP Adrian Rurawhe said while Labour was committed to seeing te reo in schools, care had to be taken with the language around policies.

“When the general public hear compulsory te reo Māori they’re hearing total immersion, rather than a core curriculum subject. So, I think there are a number of levels we can have within schools …and we have to get our head around how that’s going to work.” He said policies are needed that enable te reo Māori to be learned by the wider community and that would only happen by training more teachers.

“Te reo Māori is what distinguishes Aotearoa from every other nation and society in the world. All New Zealanders should have the opportunity to learn te reo and the narratives, customs and traditions indigenous to these lands. This year we had 11 teachers graduate from our Te Aho Tātairangi programme, which bodes well for Kura Kaupapa Māori, but if we were to resource all schools with enough teachers to cope with any element of compulsion, we’d need to upscale our current provision significantly. Ultimately, it is the level of Government investment into teacher training and the prioritisation of te reo that will determine the capacity for these aspirations to be realised.”

Māori Language Commmission, Te Taura Whiri i te reo Māori, chief executive Ngahiwi Apanui said he felt the debate was positive and showed political parties were committed to te reo. “I think the appetite amongst mainstream New Zealanders is that te reo Māori is something we should hold on to, it’s something we should have as a marker of our own specific identity and I think the politicians are hearing that call.”

Mr Apanui said a recent report commissioned by Te Taura Whiri recommended that te reo Māori be made a core compulsory subject over 17 years, starting in 2020, and he’s challenged all political parties to commit to the target. 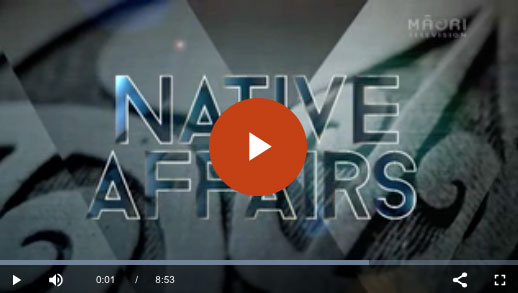