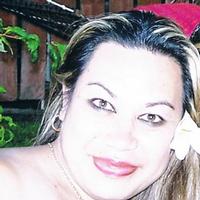 Thesis Title
Under the gaze: A study of the portrayal by the New Zealand print media of Pacific Island workers in the Recognised Seasonal Employer (RSE) scheme, 20

Research Description
My research will explore media portrayals of Pacific RSE workers. I will identify which discourses the print media have been producing, and whether those discourses depict Pacific workers in familiar or novel ways, compared with what we know broadly about historical depictions of Pacific Island peoples in the NZ media. I will compare and contrast the patterns of media reporting in four RSE regions during the scheme's first five years of operation in NZ, from 2007-2012. This study will extend prior studies that have documented stereotypes generally faced by Pacific people in media coverage. I am interested to know whether Pacific people are still captured through one-dimensional frames, whether anything has changed, and how this plays out in the context of depictions of a particular group of people living within the parameters of a particular social policy, the RSE scheme. Findings will be collated to give an overall discursive picture of scheme coverage, as well as compared and contrasted across regions and over time to identify temporal and regional specificity. My research will add a different perspective to existing studies by interpreting through my own Pacific cultural lens the dominant themes used to portray foreign workers in an unfamiliar environment.

Research Importance
My research provides a robust evidential base for describing the manner in which Pacific seasonal workers are portrayed in the news media and better understanding how those portrayals are constructed. It will help New Zealanders better understand the nature of racial identity construction processes that occur through media representation.

Research Benefit
My research will provide RSE Pacific countries with insights into the issues, challenges and successes depicted by the media about their workers, as well as alerting the NZ public more broadly to patterns in the way the scheme has been reported to them, and to broader patterns of racialised discourse.

Personal Description
My passion for media studies began at secondary school in Samoa where I developed a love for communication. I followed my passion for communication which led me on to a doctoral challenge. I chose Massey University as they have an excellent track record of helping doctoral students succeed. My future research plans are to build on the foundations of my PhD that could potentially be used for government policies which relate to the role and influence of media portrayals of foreign migrants, and certainly would assist New Zealanders to understand how Pacific seasonal workers are represented in the media agenda.