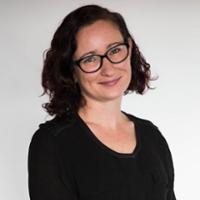 Thesis Title
How did we get here? Power dynamics and gender equity in New Zealand sport organisations.

Research Description
Recent events have revealed concerning behaviour in some national sports organisations (NSOs), particularly with regards to gender. Consequently, independent reviews have been conducted in a number of sports including cricket, football, netball, rugby, hockey, triathlon, rowing, cycling and swimming. Analysis of the reviews reveal some early similarities, including a gendered focus, allegations of bullying and attention on coaches. There are also some notable differences between sports. With the October 2018 release of the government's new Women and Girls Sport and Active Recreation Strategy, it is timely to understand the processes NSOs are adopting to implement the recommendations from these reviews. Looking to the future, it is also an opportune time to share information and encourage dialogue within and across sport organisations to improve the experiences of women in sport. Recent historical events and how this influenced women's involvement in sport will provide a context for the current space of New Zealand sport. I'm curious how these events have influenced the purpose of NSOs, the impact of a 'winning at all costs' mentality and the power dynamics that have formed as a consequence, culminating in the reviews taking place.

Research Importance
The inspiration for my research has its origins in a long held interest in gendered spaces. After being interviewed for the NZ Football review and reflecting on what was included in the final report and what wasn't, I wondered about the other sports that have had reviews and their experiences.

Personal Description
I completed my master's degree at Waikato University in 2004 with my thesis '"Having their cake and eating it too": anti-nuclear sentiment and security in New Zealand politics, 1982'. Since then my career path has been more of a jungle gym than a ladder with a number of roles predominantly in research and communication. This included six years in football at New Zealand's only professional team the Wellington Phoenix, two regional associations, and NZ Football. I am incredibly grateful to be working with my supervisors Sarah, Geoff and Farah.