Congratulations to Hannah Young from School of Psychology who was crowned the winner of the inaugural 3MT Masters Inter-University Challenge on Thursday, 10 September 2015, please watch Hannah’s winning presentation here. Three minutes. One hundred and eighty seconds. Two New Zealand cities. One Australian city. Now who would have imagined that three minutes and three Southern hemisphere cities would be connected to each other? Prior to participating in the Three Minute Thesis competition for 2014, I surely had no idea. As one Catholic friar shared when I mentioned that I was off to Perth for the Trans-Tasman finals for the 3MT, he said, “You are going all the way to Perth for three minutes?” As simple as his question was, he was right. It is thus fitting that I begin this reflection about my three minute journey, in three parts in chronological order: Albany, Palmerston North, and Perth.

The experience was quite frightening. As a preacher I have been in front of crowds of different numbers for various reasons. But this was different. I am not sure why, but having nine fellow PhD students all in the same place fighting out for one or two spaces to the finals, made me nervous. Having my wife present and many friends both of Pasefika and non-Pasefika origin there soothed my nerves. It was unfortunate for one of my colleagues before me, who cracked under the pressure and forgot his speech. At that moment, it made me even more nervous. As a person of faith I placed all faith in God to help keep me calm, and just recite what I had learnt. If I missed a line or two, keep going. The experience itself during my speech was as if I had no idea what I was saying, or if I was making any sense at all. Was anyone listening? Was I going too fast that no-one could understand me? Was I over time? One thing was for sure; I was so conscious of the time and made absolutely sure that I did not go over the time-limit. At the end, I was glad it was all over but I kept wondering if I had done enough to secure advancement to the next stage. Then when the judges commented, I took it all in and thanked them. As it turned out the judges chose in my favour, and I was humbled to be selected to advance to the finals in Palmerston North.

The competition in Palmerston North was a rather different experience to the Albany heat. I knew no-one, and I expected to see a wave of strange faces in the lecture room the competition was held in. My expectations were spot on. Apart from the Vice-Chancellor and various academics from Massey whom I have come across throughout my time at Massey, the audience was foreign to me. This was both good and bad. Good, by that I was talking about my study to a group who had not heard me before. Bad, that my fellow competitors (especially those from the Manawatu campus) had the support of their family, friends and peers, and yet I did not have this comfort. Despite these feelings of being alone amongst many, as a person of faith, again I left it all to God to give me peace and just speak clearly to get my message across. In fact during my presentation, I felt a comforting peace from God to get through my speech within the three minutes. The biggest surprise came in the announcement that followed the competition. In watching the presentations of my fellow students, I thought that others on the day did a better job. I was happy to have just finished my turn with little hiccups. But to be awarded the winner on the day, this came as an absolute surprise. I thanked God for bringing me this far in the competition, and for allowing the study that I am doing to be spread to an audience that would now include Australia. The financial prize was a fantastic benefit towards my research, a much needed boost to some of the costs incurred so far. The outcome on the day made my final rehearsals in the park next to the building that housed the Pasefika staff of the Manawatu campus, all worth the effort on the day. I am sure students and staff who passed by me must have been curious what I was doing just hours before the finals: seeing a big islander guy pacing up and down the park talking to himself must have been a sight for them. Some even stopped and looked, but I didn’t really register as I needed to prepare. Again, I was humbled that the judges at the finals selected my presentation on the day, to be the one to advance to the Trans-Tasman finals in Perth. Thank you for the opportunity and for thank you for having faith in my ability to represent Massey! Praise God!

What a great city! I had never been to Perth before, even though I spent the majority of my teenage and young adult years growing up in Sydney. The University of Western Australia felt like an absolutely great place to study. Large over-covering trees, loads of shade and grass, old stone and new contemporary buildings, these definitely all make for a great learning atmosphere for both the students and staff of UWA. The competition itself was rather tough, with presentations from forty-eight universities about topics from all different fields. I actually felt honoured and privileged to be there on behalf of Massey. The students from the other New Zealand universities all linked with each other and together we formed a bond that kind of made the competition about two minority groups, verses one larger group: a group of universities from NZ, a group of universities from Asia, and then everyone else from Australia. There was an obvious tilt towards Australia, but this is expected when considering the origins of the 3MT in Queensland. The other universities from outside of Australia were there as guests to a predominantly Australian competition. Being raised in Australia and naturalized as one of its citizens, while being a NZ citizen through birth and representing a NZ university, my loyalties at the Trans-Tasman finals unquestionably lay with NZ and Massey. My presentation on the day I felt happy with, in that I had satisfied all the requirements for the finals. My fellow competitors and audience members volunteered their positive feedback of my presentation, including Associate Professor Tracey Riley. The eventual competition winner also commented positively on my speech. As the day unfolded, the judges on the day saw differently. I suppose being in the first group of twelve speakers, it would be unfair if over half of the final ten that made the final round, came from our first group of speakers. Five of our group that spoke before me, made it to the final ten. The other five were selected across the remaining three groups of twelve speakers. The only disadvantage that I feel I had over my fellow forty-seven competitors was that my microphone was the only one that did not work at all during my speech. The technician had it suited up and operating, but the moment I spoke, it faulted on me. I am unsure whether had it been working a different outcome would have resulted, this is unclear. But one thing is clear; I am absolutely honoured and humbled to have represented Massey University at the Trans-Tasman 3MT finals for 2014! I gave it my best, and I learnt a great deal in the process. I have made many new colleagues in Australia and those studying here in New Zealand, connections that I am sure I will cross paths again in the years ahead. I am confident that it will not be too long, before one of the NZ universities brings the 3MT winning trophy across to Aotearoa!

I would like to express my gratitude to Massey University and the Graduate Research School for the opportunity to participate in the Trans-Tasman final in 2014. I am especially grateful for the financial prize that I have received towards my doctoral studies. I thank my supervisors Associate Professor Mark Henrickson, Dr Lily George and Dr Catherine Cook for leading my doctoral journey to where it is today. I thank the Congregational Christian Church Samoa and Malua Theological College for funding my doctoral studies and for their continuous prayers and support. I thank my wife, our sons, and our supportive family for their love and prayers. I must thank Associate Professor Tracy Riley who accompanied me to Perth. It was such a positive encouragement to have a member of the academic staff accompany me to Perth, and I felt very privileged as many other universities that attended did not see the same importance. Faafetai tele lava and thank you to you all!

I am honoured and thankful to have been selected to represent Massey University at an international level for the 3MT. An opportunity that I never expected, and an experience that I will treasure well beyond the duration of my studies here at Massey. The 3MT experience has enriched my learning by sharing and learning about the depth of doctoral research happening right now, that will shape the world that we live in today and tomorrow. It has also been a great opportunity to spread the nature of my own study about God and counselling, to audiences that now include Australia and Asia.

All praise and honour for this fantastic experience I give to God! 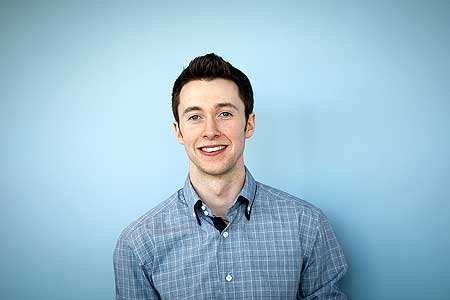 He is urging PhD students to enter this year’s competition – dubbed 3MT – which involves speaking for three minutes on the theme of your doctoral thesis with just one Powerpoint slide as a prop. Preliminary rounds will run on all three campuses from July 22, and students can register to enter now.

The Three Minute Thesis is a research communication competition which challenges research higher degree students to give a compelling presentation on their thesis and its significance in just three minutes, in language easily understood by a non-specialist audience.

He went from being the Wildcard choice to win in the Massey finals, then became one of three New Zealand students in the top eight at the Trans-Tasman Grand Finals held at the University of Western Australia in Sydney last November.

Mr Finn says he was reluctant to enter at first and hated the idea of public speaking. But he convinced himself that he should be able to tackle the format of three minutes, one slide and no questions from the audience. He had some training with Associate Professor in Expressive Arts Angie Farrow that enabled him to “fake confidence” and present without succumbing to nerves.

“It’s such a fun competition,” he says. “The best part for me was going from the Wildcard to the finals. It was a great experience. And it's a good thing to have on your CV.”

He says condensing his thesis – Understanding bacterial adaptation to aerobic and anaerobic environments through environmental evolution and whole genome analysis – into three-minutes was hard.

“It was tough, my supervisors and friends helped a lot. But once I had the idea of the Jurassic Park and Hunger Games, it just fell into place.”

Mr Finn, from the Institute of Fundamental Sciences, won $1000 towards research costs, and was also awarded the People’s Choice and received a $500 book voucher. Last year more than 60 students from a range of disciplines participated in Massey’s third Three-Minute-Thesis competition, with the top 10 presenting at the final event. An 80,000-word thesis would usually take nine hours to present.

For more information on the competition please see the Massey 3MT competition details page or to register click here.