Meet the team supporting Pacific students to succeed in their academic aspirations at Massey. 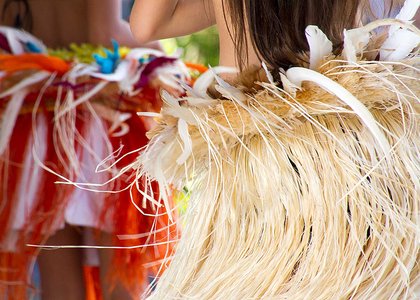 Siautu is an experienced psychologist practitioner, a Global Fellow of the Center for Human Rights & Humanitarian Studies, Brown University, and Rutherford Discovery Fellow.

In 2016, she founded NIUPATCH, which stands for Navigate In Unity: Pacific Approaches to Community-Humanitarians. It shines the light on the work of Pasifika leaders, practitioners and academics, as they navigate in unity through challenges facing Pacific communities with talanoa, and the exchange of projects, research and ideas.

Melvin is of Samoan heritage, from the villages of Faleasiu and Apia. He was born and raised in South Auckland, New Zealand, is married and has four children.

Melvin holds a Master’s in philosophy (social policy) from Massey University and is an experienced senior lecturer in Social Work. He has worked in education management and non-profit organisations, and is skilled in youth development, coaching, clinical and cultural supervision, and event management.

Melvin is an avid surfer and paddler, enjoying fishing and the outdoors. He strongly believes in the promotion of aiga, self-care, fitness, health, wealth, and wellbeing for all. He looks forward to using his experience and skills to lead his team in achieving Pacific student success at Massey University.

Igelese Ete is passionate about the Pacific creative and performing arts and its ability to inspire, empower, educate, and uplift the world.

Before being appointed Associate Dean: Pacific at Massey, he was the Head of Performing Arts at the Oceania Centre for Arts Culture and Pacific Studies at the University of Pacific, Suva Fiji.

In 2009, Ete was awarded the prestigious Creative New Zealand Senior Pacific Artist Award for his contribution to the promotion and performance of Pacific music in New Zealand and the Pacific. The Fiji Government also appointed him in 2017 to be Chairperson of the Fiji Arts Council Board.

With extensive conducting, composition, and teaching experience Ete was the New Zealand Choirmaster for 'The Lord of the Rings: The Fellowship of the Ring', working with composer Howard Shore and director Sir Peter Jackson. In 2016 he was contracted as ‘choirmaster’ & music/choral consultant for the latest Disney animation ‘Moana’ , featuring the talented Pasifika Voices from the Oceania Centre For Arts Culture and Pacific Studies at the University of the South Pacific.

Ete is currently completing his PhD at the Auckland University of Technology. As part of his thesis, he’s creating and composing an original Samoan and Pacific musical production and creative work, which speaks about ‘Creative exploration of traditional and contemporary Samoan musical structures, instrumentation and performance, expressing genealogy through the realms of self-identity’.

His musical production Malaga: The Journey: A Choreographed Choral Celebration has been used since its premiere in 1998 as a powerful motivational tool for students and communities, especially those of pacific descent.

Professor Rukmani Gounder comes from Nadi, Fiji, and obtained her primary and secondary education in Nadi and Bachelor’s degree in Economics (Fiji Government Scholar) from the University of the South Pacific (Suva).

Rukmani’s research has largely been in the areas of economics and social development with an applied economics framework in the Asia-Pacific nations.

She was elected as a chairperson of the Pacific@Massey Network in 2007, and until 2013 served as a member of Pacific Research and Policy Centre. She also served as a Chairperson of the Pasifika Development Working Committee, Massey Business School (MBS). Now she serves as the Massey Business School (MBS) representative in the management group at the School, MBS and University levels, and as a member of the Pacific Research and Policy Centre.

Rukmani can advise Pacific students on their courses, assist in their needs, provide clarification about Economics courses, and address any academic concerns. 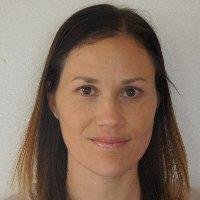 Jodie has broad research interests in Pasifika education and the teaching and learning of mathematics.

She has been involved in collaborative work with teachers and students at a national level to facilitate change in their mathematics classrooms. Her previous research at Plymouth University in the UK included a focus on developing early algebraic reasoning in primary classrooms – covering professional development, classroom and mathematical practices, and student perspectives.

Jodie has a growing interest in culturally sustaining teaching development for Pasifika students in the mathematics classroom. This includes considering the cultural, linguistic and social contexts of Pasifika students and growing stronger home/community and school partnerships.

Janice Ikiua-Pasi is based at Fale Bilong Iumi on the Wellington campus. She is here to support and advocate for all Pacific distance learning students and answer questions to make sure your journey within Massey University has a positive impact in your life. If she does not have an answer then she will track down the person who does.

Janice is proud of her Niue culture. She has studied and worked in various tertiary institutions around New Zealand, is a published poet, and dabbles in spoken word and tinkering with niu ideas for niu journeys.

Kotalo is Samoan and Tuvaluan, and still to discover Niuean and Hawaiian roots. She helps to navigate the waters of Massey University with College of Humanities and Social Sciences Pacific students, Psychology students in particular, and welcomes students to get in touch.

Kotalo's role also includes being the Research Officer and Youth lead for the ‘Caring for our Pacific Wisdom Bearers study’ with Dr Siautu Alefaio-Tugia.

He is coordinator of a UNESCO UNITWIN Network Science for Sustainability in Oceania that is developing in-field DNA diagnostics for plant, animal and human health. His scientific achievements earned him an Alexander von Humboldt Research Fellowship and New Zealand Royal Society Fellowship. 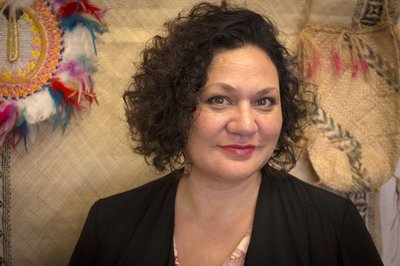 Her work promotes the advancement of Pacific cultural knowledges and ways –within social work and social development, regionally and internationally.

Andrea is a proud Samoan, hailing from the villages of Safato’a and Matautu, Lefaga. "So if you know you know that I’m from the au ai niusami!"

Andrea was born and raised in Auckland and now lives in the Manawatū. She holds a Bachelor of Health Science, with a major in Psychology and a minor in mental health. She helps Pacific student by acting as a conduit between students and the various staff at university, facilitating and co-ordinating support services within the College of Health.

She is also completing her Master of Public Health and is excited to work with Pasifika students and in a college she holds close to her heart. Andrea is passionate about public health and health-related research, as well as working with Pacific people and helping students reach their fullest potential and achieve all they set out to do.

When she's not at work or studying Andrea is a wife, sister, aunty, and friend. She enjoys books, movies, music and a massive village of family and friends that she spend most of my time with. "Over my time at Massey, I have been fortunate enough to wear many different hats and feel incredibly blessed to be a part of a great team. "

Nicole is a registered educational psychologist and came to Massey from the Ministry of Education and Explore Specialist Advice. She has a particular interest in equity in education, and how schools and systems can best support our tamariki, kaiako and whānau. She hopes to have the opportunity to learn alongside you.

Bachelor of Business Studies, Masters of Management in Finance and Banking

Vika provides pastoral and learning support to Pacific students in the Massey Business School. She is a proud Massey Business School alumni and was drawn to her current role because of her experience with the university and as an opportunity to encourage and assist her Pacific peers to thrive and succeed.

Siata is Senior Tutor and Associate Director Pacific at the School of Accountancy at Massey Business School Te Kura Whai Pakihi. She also assists with Pacific@Massey functions and events.

Siata joined Massey University in June 2008. Before that she worked as a tutor at the School of Accounting and Finance, University of the South Pacific, Suva, Fiji, for three years.

Her research interests are around not-for-profit organisations and integrated reporting. To find out more, see Siata Tavite's full profile.

Bachelor of Computer and Information Sciences

“O le ala i le pule, o le tautua” (the pathway to authority is through service).

Khodesh is a walking Wikipedia for all things Massey University, and your first step to knowing what Massey and Pacific @ Massey can offer you.

Khodesh loves to encourage people to realise their dreams and would like to see more Pacific people in STEM (science, technology, engineering and mathematics) areas, as there will be exponential growth in jobs and opportunities there.

If you need a bit of direction on what qualification you need to take, Khodesh is your main man.

Lara Thompson is one of the BASE+ Pacific Student Advisors and focuses on helping students with academic questions. She runs one-on-one academic advice sessions and is passionate about enabling Pacific students to achieve.

Lara loves to chat and believes that a 'Talk to Write' approach works well for enabling students to find their voice and way through writing tasks. Her Master's degree focused on postcolonial theory and literature.

Lara is Samoan through her mother, Lineta Eti Eves and is proudly linked to the villages of Vailima, Sa’anapu, and Satuipa’itea (among others). She worked in Malifa, Samoa near a giant mango tree that stood near the site of a fale that her family lived in, her grandfather being a former school inspector many moons ago.
When not at work helping students, Lara dedicates her time to her children, wider fanau, fixing her old house, and making her garden behave.

With proud heritage from her mother’s homeland of Reureu, Aitutaki, Cook Islands, Eteta has been a member of the Pasifika Staff Network (PSN), since she started at Massey University.

Eteta has always had a passion for the Pacific and would like to see Pacific people thrive in academia, to not only establish themselves as credible researchers, but also as global problem solvers. She wants Pacific people to have a healthy, more sustainable and happy lifestyle that not only reaches out to the local community, but to the Pacific and Polynesian islands as well, with a sharing of knowledge and foresight into future growth.

Eteta believes that with the right intention, this can be achieved with our team at Massey, and she is excited to be "one of the crew on Prof Tasa Havea’s canoe, with God captaining our journey".

"For with God nothing shall be impossible" – Luke 1:37

John is originally from Tonga, (of Tongan and Fijian descent) and was educated in the United States. He teaches courses in mathematics and education, and his research focuses on enhancing Māori and Pasifika students' achievement in mathematics, as part of the Developing Mathematical Inquiry Communities (DMIC) initiative.

John is available to mentor Pacific students throughout their education. His other research interests include analysing advanced mathematical thinking and teaching and learning discrete mathematics (more specifically, the algorithmatising approach).

Read more about John's research outputs, expertise and other information

Krushil grew up in South Auckland, and came to university in her early 20s. She became interested in philosophy as an undergraduate, particularly in political philosophy and questions around wellbeing, development and justice.

Krushil was appointed to the United Nations 2020 Human Development Report Advisory Board, and was awarded a Rutherford Discovery Fellowship in 2018. Her grandfather was from Hunga in the Vava'u islands group of Tonga. He came to New Zealand as a boxer in the 1950s and travelled to Britain to box there before returning to New Zealand in the 1970s.

Anyone interested in philosophy, or any of the courses in the School of Humanities, Media and Creative Communication, can see Krushil in the Atrium Building.