Circus brings fantastical back to the capital

The Circus Hub’s head trainer Rosalie Ducharme​ is bringing the fantastical back to the capital.

Death-defying aerial performers, sensational stilt dancers, jugglers, tumblers and clowns will perform to the live sounds of Orchestra Wellington at Under the Big Top.

The 28-year-old choreographer was first drawn to the acrobatic world after competing in gymnastics as a teenager in her native Montreal. 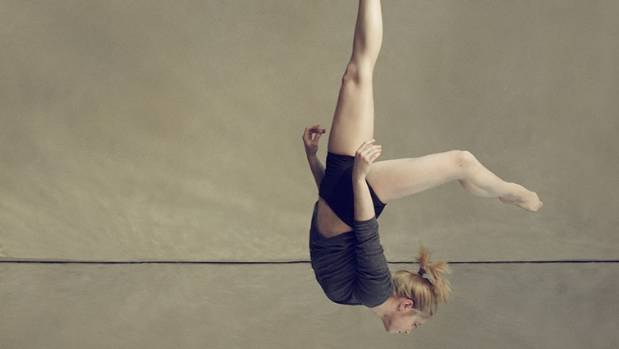 “I found out about circus school, tried it and got hooked, and then ended up doing a three-year programme that they offered in Montreal.”

It was from there that Ducharme joined Cirque du Soleil’s Totem as one part of a trapeze duo act that toured North America and Europe for three years.

“I started doing the trapeze without really knowing what I was getting myself into.

“It was a bit intimidating being high up in the air with someone I didn’t know, having to trust him to keep hold of me and not drop me, but I got used to it pretty quickly, and I just felt like it was the right thing for me to do so I kept doing it.”

“It’s fun that you get to perform all the time, and you get the chance to travel with friends as well – the tour pretty much becomes a family.”

It was a gruelling schedule for the performers, with eight to 10 shows a week.

With more than 800 shows now under her belt, Ducharme and her Kiwi partner Nick Creech decided to take a sabbatical and,  as luck would have it, there was an opening at The Circus Hub for a head trainer.

“I’ve been working for The Circus Hub for two years as the head trainer, so I’ve been looking after all the creations and shows that we’ve been doing.

“It’s really an inclusive welcoming community so everyone can come in and try a different level and for those who want to get involved more, it’s never really too late to do it.

“I think it’s so free, you can really go crazy in your ideas and people won’t judge it at all – we take crazy very seriously!”

Orchestra Wellington music director Marc Taddei says audiences will be astounded by the acrobatics, and laugh at the clowns as they perform to music.

“It’s a great way to entertain your kids while introducing them to the magic of the orchestra.”

The orchestra will play music from Bizet’s Carmen, Tchaikovsky’s Nutcracker Ballet, and Saint-Saens’ Carnival of the Animals.

* Under the Big Top is performing this Saturday,  September 2 at the Michael Fowler Centre, 3pm. Tickets from Ticketek.

– as published on Stuff

“Just a girl with a guitar”

Garage music to the Max